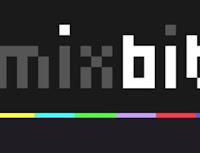 There's a new social video service in town and it's name is Mixbit, an app that lets you mash-up videos from as many as 256 sources. Already available for iOS, an Android version is also in the works, and the web version just went live.

The app was developed by old hands at online video, Chad Hurley and Steve Chen. If those names sound familiar it's because they were the co-founders of YouTube, which they sold to Google in 2005.

Mixbit is a little like Vine (6 seconds) and Viddy (30 seconds) in that each finished clip is limited in time, with Mixbit being 16 seconds long. People are able to combine either their own source material or use clips that are shared publicly.

16 seconds doesn't sound like much but it's been proven in various studies that people's attention span during videos is shortening all the time, and it's rare that most people will watch one in it's entirety, especially if it's over a minute. 16 seconds may be a magic number where the viewer will commit even if there's a possibility that they might not like it, where that's rare if the video is long enough where he has to wait for a payoff.

For a band, Mixbit is cool in that your fans can make short mashups of your videos or pictures and provide a a sample of your songs. It a bite-sized way for people to get a feel for your music.

All of these social video apps have a ways to go before they're in the same league as YouTube or even some YouTube competitors like Vimeo or DailyMotion, but Hurley and Chen have the experience and presumably the money to jump out in front. Let's check back in 6 months and see what happens. 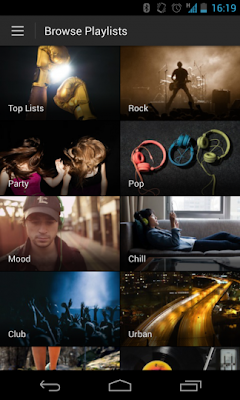 Spotify has long been criticized about its minimal way of searching for music. In an effort to music discovery easier, the service has introduced a new feature it calls "Browse," which is specifically designed to point users to music they might like.

Browse is a list of suggested playlists grouped by context and mood that are curated by real humans, not algorithms. This is a big change in that most music services try to build suggestions based around an algorithm that measures what you listen to. That has left big gaps in the useful suggestions, leading to a great deal of criticism by industry leaders and how ineffective these features really are.

It appears that Spotify's purchase of the music discovery startup Tunigo earlier this year brought in the necessary elements for it to be able to launch Browse.

What's interesting here is that Beats Jimmy Iovine has been a major critic of current streaming services, and claimed his upcoming Daisy music service would be the first to feature real people curating the songs on a service. Now it looks like Spotify has beaten them to the punch, although it's too early to tell just how well they will perform the task.

That being said, every streaming music service is now aware that human curation is a necessary element, if for no other reason than the competition will have it. It will be up to each to prove they can execute the feature well, but it can only mean an useful improvement for the listener in the end.

The Turtles Sue SiriusXM For $100 Mil 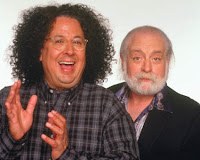 If you're like me and like to occasionally sample some of the songs of the 50s, 60s, and 70s on SiriusXM, you may soon find that option no longer available thanks to a $100 million class-action lawsuit brought about by the 60s band The Turtles.

The Turtles had a number of big hits back then that get regular airplay on the Sirius 60s On 6 channel like "Happy Together," "It Ain't Me Babe," and "She'd Rather Be With Me," but the band feels that SiriusXM has not paid adequate royalties on these and thousands of other songs that date before 1972.

On February 15, 1972 all recordings began being protected by paragraph 114 of the Copyright Act, which provides limitations on exclusive rights and spells out the way that artist's are compensated. Unfortunately the law is somewhat murky on what happens with songs before that point, and The Turtles (Flo & Eddie - Mark Volman and Howard Kaylan) feel that Sirius has overstepped their bounds in that regard.

While millions of dollars are a big part of the picture, what might be even bigger is that the suit also seeks an injunction to prohibit any pre-1972 songs to be played on SiriusXM until the suit is settled. That would be a shame, since it sure is fun to hear some of the old songs.

Just for the record, Mark Volman is now an associate professor and director of the entertainment industry studies program at Belmont University, where I have spoken at in the past.

Both streaming and digital song sales are up this year (downloads by 4% and streaming 24%), which is a good thing, but some interesting new data shows that there's a big difference between the top songs that radio plays and the most streamed songs.

The reason why this is important is that sales come more as a result of radio play, who's playlist is controlled by consultants and program directors, while streaming is based more on the actual popularity of the song or artist. Here's what the comparison looks like, according to Nielsen and Billboard.

While radio isn't going away by any stretch of the imagination, you have to wonder how its playlists will be affected in the future as streaming increases. With so much of music radio programmed by consultants who are one step removed by the public, perhaps they'll be forced to watch the streaming charts more closely when it comes to choosing songs. Whether they do or not, radio will be changing in future thanks to streaming, you can bet on it.

6 Steps To Resolving A Band Conflict 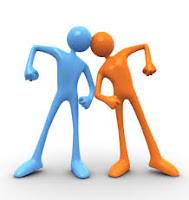 One of the most difficult things in life is to keep everyone happy in a band. In most situations, you're playing together because of the music that you collectively make, not because you're friends. That can lead to a number of personality clashes that will need to be resolved, or else you'll find the band folding right before your eyes. Here's an excerpt from How To Make Your Band Sound Great (the band improvement book) that covers the 6 steps in resolving a band conflict.


"Being in any relationship requires at least some compromise and a band is no different from what you’d expect between family, friends, girlfriends, boyfriends, wives, husbands, bosses and co-workers.  There are times where you just have to bend in order to keep the peace.

While compromise is easy for some people, others have a personality that would never allow it and a conflict occurs. Here are some effective steps that you can take to state your case in a way that should resolve the conflict.

1. Cool off first - Conflicts can’t be solved when emotions are running hot. Take some time to get away from the problem for a bit and brainstorm on exactly what the problem is, how it was caused, and most important, a possible solution.

2. Present accolades, support and respect - The first thing to do is acknowledge the person’s accomplishments and talent. Something like, “I want to start by saying that I think the band has never been better since you joined and the parts that you’re singing are way better than I ever expected.”

3. Analysis of why the problem occurred - If you give a clear explanation of why you think there’s a problem or why the problem or conflict has occurred, you set the initial groundwork for solving the conflict. If the other person knows exactly what your side of the story is, you might find more often than not that you’re both on the same page, but on different sides of it.

4. Take responsibility and use “I” messages - If you have a part in a conflict that you’re aware of, take responsibility and own up to it, but make sure that everything is from your point of view. For instance, it’s best to say, “I think you were really flat on that part,” rather than “Everybody knows that you always sing that part flat,” or worse, “You’re singing sucks, man.”

5. Describe what I or we need so the problem doesn’t happen again - This is the solution from your point of view. “We really need you to be here ten minutes before rehearsal so you have time to set up. That way we can get our full rehearsal in, which we really need right now.”

6. Support their success - Tell him that you want him to win to, because if he wins, so do you. “The better you sound, the better we all sound,” or “Do you know how great we’re going to sound once you get that part down? We’re going to kill!”

To read additional excerpts from How To Make Your Band Sound Great and other books, go to the excerpt section of bobbyowsinski.com.