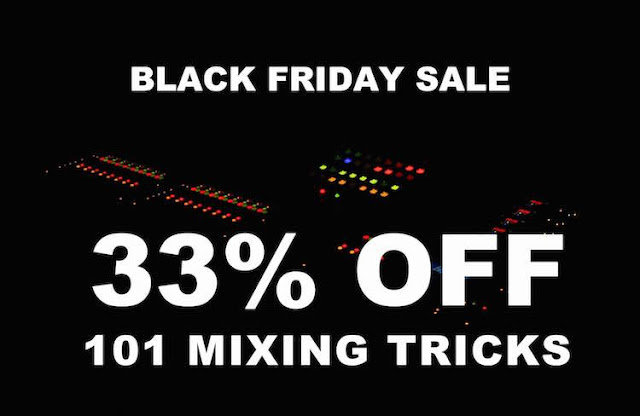 ---> Plus a Bonus Module consisting of all the editing tricks that the top mixers use to prep their tracks for mixing.

---> And I'll throw in my Mixing Engineer's Checklist eBook if you order today.

Find out more about the 101 Mixing Tricks online coaching program at 101mixtricks.com.

Order now because at midnight tonight, the price goes back to $297 forever!

The Reality Of The Music Industry Holiday Shutdown

The Holiday Shutdown is the toughest time of the year to do business because the execs that can green light a project begin their extended vacations, so they're rarely in the office. It begins on Thanksgiving week (some leaving on Monday rather than Wednesday), and really continues until about the second week in January. Oh, they'll be back in the office between now and then, but they're usually so backed up with work that if you're not on the top of the pile you'll be pushed to next year.

With all that being said, it's a good time of year to get your marketing in order for 2016, since there's bound to be some downtime in whatever sector of the business that you're involved it. We'll review that more in an upcoming post, but in the meantime, have a great Thanksgiving and don't eat too much turkey!

This Is The Revenue From A Single Taylor Swift Concert

If you ever wondered where the money goes when an A-list artist gives a concert, the Tampa Bay Times laid it out pretty well.

Most of the time the income and expenses for a concert are hidden, but in this case the venue (Raymond James Stadium) is publicly owned and operated so most of the data is readily available.

This is financially what happened during a Halloween concert given at the venue by Taylor Swift:
So the concert brought in about $6.2 million and Taylor Swift kept over $4 million of it, which just goes to show how much money is generated by an A-list artist on the road. 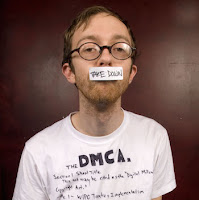 If you're a content creator, then you may know how it feels when someone steals your content and passes it off as their own.

There is something that you can do about it online though. You can appeal to Google to delete the links to the pirated content via what's known as a DMCA (Digital Millennium Copyright Act) Takedown Notice.

Google has been flooded with these requests lately to the tune of 1,500 per minute (25 per second, or 2 million a year), so it's happening more and more these days.

Amazingly, Google does respond in a timely manner and most links are removed quickly, although duplicate requests are common, which can slow things up.

Prior to actually removing the link, Google will downrank the URL in its search results, which is one of the main reasons that pirated content via torrent sites doesn't show up as high as it used to.

This applies not only to Google searches, but Blogger posts and YouTube posts as well, so be careful when you post something. If you don't have the rights, it could cost you your search engine ranking. On the other hand, if you feel that your content has been infringed, start here first.

If you ever wanted to replace a player in a band or find a band to join, you know how difficult the process can be. Finding players of the same interests and proficiency levels really complicate things.

David Baird had the same problem when he moved to Los Angles (just about the last place you'd think that would happen), so the savvy technologist built a new platform called Gigmor that allows not only players to connect with each other, but bands and artists with venues as well.

On this week's podcast David will tell us how Gigmor got started and how to get the most from this innovative website.

In the intro, I'll talk about the implications of Pandora buying some of the assets of the Rdio streaming service, and the hi-res music logo that the RIAA just introduced that seems to cause more confusion than it solves.

Adele Foregoes Streaming In A Last Dash For Cash

Adele’s new album 25 was released last week and, as many predicted, it won’t be on any streaming services, as she and her record label make what might be the last attempt at some serious money from physical product before the format disappears.

That Adele should even be in this position speaks well of her music and her generally older fanbase, as the music deeply motivates fans to acquire her music at any cost (just like Taylor Swift and her last album 1989).

Although the songs from 25 won’t be on any of the major streaming services at least initially, you can be sure that by latter today it will be spread all over YouTube by zealous fans posting audio-only and lyric videos. Of course, these will be joined by official Adele videos, so at least some of her music will still be available on the largest streaming network currently available, especially now that YouTube Red and Music have launched.

While it’s easy to see why Adele (or her management or label) chose to forego streaming, the decision only postpones the inevitable. It might take 90 days or more before 25 appears on Spotify or Apple Music, but rest-assured it will be there eventually.

The real question is how much sales might have been hurt had the decision been made to go the streaming route the day of the release of the physical album. In fact, it’s likely that the songs from 25 would have racked up some massive numbers on the various streaming services and might have even caused some new fans to register, which would have been a win for entire music business. Read more on Forbes.
Any purchases made through our Amazon links help support this blog at no cost to you (just click here).
Posted by Bobby Owsinski at 6:00 AM No comments: