Record Label Opens Its Own Brick And Mortar Store 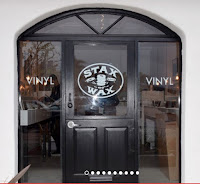 Maybe this is the way it should be.

The store, called Stax of Wax, is in the upscale Malibu Country Mart in Malibu, California, and features products from its various labels, although it pays tribute to the soul label of the same name.

Of course, this avenue isn't new, as labels over the years have owned their own record stores both in the US and the UK. In fact, Jack White's Third Man Records has had its own store in Nashville almost since the label's inception.

It does make a lot of sense these days though, even for major labels, although it's doubtful they'd get behind the idea. Label-branded record stores could control the inventory, promote the latest releases and add a presence in the community that it now lacks.

Just as many of the larger indie stores like Ameba offer artists a way to promote their work with in-store performances, a label store could also be a place for showcases to find new talent as well.

On a creative level it makes total sense, although it's hard to say if it works on a financial basis.

Either way, support you local record store. It's still vital to the success of the music business.

We've all either experienced or heard of the teenage (or just beyond) YouTube sensations that have millions of followers and hundreds of millions of views, but is there something that's common between them? Business and presentation aside, The Atlantic attempted to find out by asking a few linguists to determine the characteristics of a "YouTube voice." Here's what they discovered.

1. Overstressed vowels: Emphasizing a vowel that would normally pass loosely in the middle of the mouth.

2. Extra vowels between consonants: Elongating a word by adding an extra syllable to it so it's emphasized. The name for this is epenthetic vowel.

3. Long vowels: Stretching out vowels is another common way of emphasizing words, but sometimes they're just only slightly longer than normal.

4. Long consonants: Especially those at the beginning of words.

5. Aspiration: From the article - “If you put your finger in front of your mouth, I'll teach you a very quick phonology lesson,” Baron said. I did. “Are you ready? Say ‘keep.’”
“Keep.”
“Now say ‘geep.’”
“Geep.”
“When you said keep, did you feel a breath of air on your finger?” She asked. (Indeed I did.) “That’s called an aspiration.” There’s normally an aspiration on the K, even if you say it normally, but if you huff and puff a little more, that makes the word stand out."

The “YouTube voice” is just a variety of ways of emphasizing words, but they're actually things that people do all the time. YouTube vloggers need to keep the viewer's attention, so they do them a little more.

It's interesting, though, that one linguist called it an "intellectual used-car-salesman voice."

Check the original article for some great examples. Could this be something that you can include in your YouTube videos?

Bose didn't pay for an ad during the Superbowl broadcast, but it did figure out a unique way to capitalize on the event.

The company asked a number of artists and bands to turn Superbowl related tweets with the #LetsHearIt hashtag into some short songs for a campaign it called Fantracks.

A variety of artists from different genres turned in 30 second songs recorded on the spot at the Bose studio and then posted them on social media and a dedicated Tumblr blog.

Not only did the artists use the tweet's text, but emoji's as well, which added a fun element to the process.

They're all pretty good and fun to watch and listen to, and it's hard to get bored since they're all so short. In fact, some of them are so good I wish they were longer.

Check out the Fantracks here.

Apple has done a great job making Apple Music available throughout the world. As a matter of fact, Music Business Worldwide notes that the service is now in 59 more countries than Spotify.

While we haven't received any info lately as to the number of subscribers that's translated into (the last figure was 10 million after 6 months, half that of Spotify), it does give Apple Music a huge leg up over the the competition. It's true that many of the countries have small populations, but it all ads up when the number is as large as it is.

Here's the list of countries where Apple Music has a presence, but Spotify does not.

This is good news if you're an artist, since Apple Music is more likely to get a paying subscriber than just about any other service, thanks to the fact that they already have credit cards on file.

Twitter was in a panic last week as rumors circulated that the service was moving towards an algorithm-based feed that would select which tweets you see instead of by the time posted as they are now. The company's president, Jack Dorsey, has now made an official announcement denying the rumor, stating that it's trying to make it "feel more, not less, live."

In Facebook, an algorithm selects the posts that you see in your Newsfeed by how popular they are and how relevant they are to you, which means that you miss around 98% of the things posted by your friends and followers.

With Twitter, you see everything posted by those that you follow, but chances are that you won't want to dig back through a few hours or more of tweets, so usually the ones seen are the most recent.

A change to an algorithm would mean that tweets would be selected for you based upon your preferences and viewing habits, which means that the element of live news would be somewhat replaced. Thankfully, that's not the case as the company says it has no intentions of changing.

This is a big deal if you're using Twitter for promotion in that the Facebook algorithm means that only around 2 to 3% of your friends and followers are seeing your posts, unless you pay to promote them.

This is a good move for Twitter in that its user numbers have flattened at around 300 million, and the last thing that it needed was any controversy that might have caused users to flee to another service.