The Hypocrisy Of EMI Using Rapidshare 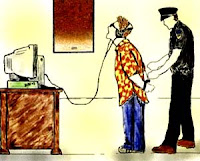 The major labels and their lapdog association the RIAA have been relentlessly suing their customers for a number of years now, which just about everyone but the labels themselves have seen to be a futile and unjust effort. Sure, digital piracy takes revenue from the labels, artists, publishers and songwriters, and in a perfect world that wouldn't happen, but we live in a reality where music files are easily shared.

In fact, there's a theory that has some merit that says the more your music is stolen, the more you sell. Obviously the major labels don't share in this outlook. Or do they?

Now comes word that a number of emails obtained by MP3tunes.com's Michael Robertson (and founder of the original MP3.com) indicate that EMI used Rapidshare (a major source of illegal file sharing) to distribute their own copyrighted material in an effort to establish a viral marketing campaign. In other words, they illegally distributed their own music!

This is truly a blockbuster story in that it completely undermines the RIAA's premise that illegal file sharing is bad for business. After all, if it were that bad, then why would a label hope to start a viral buzz by doing it?

According to an article by Emil Petrolinski for Techspot.com:


In court, EMI is accusing MP3tunes of allowing illegal music downloads. The stance now appears to be highly hypocritical. The company distributed its music via file sharing websites and then sued users for downloading their music without paying. It has come to light that EMI employs a team of advertising people, artists, and agents who have placed together so many free music downloads on the Internet that EMI itself has trouble distinguishing between authorized and unauthorized links. It's thus no surprise that Robertson wants the 41-page lawsuit dismissed. The case could be closed as soon as January 2011.

This blockbuster revelation has flown somewhat under the radar, but could have massive ramifications for the RIAA, the major record labels, and the many lawsuits that they now have in progress. Let's see how it plays out.

I'm With The "Brand" 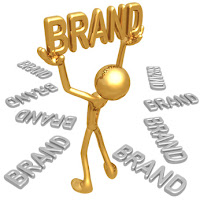 It seems that as a music star becomes more popular, so too does their desire to cash in on their fame through non-musical business moves. Then is so opposed to the spirit of what a popular musician used to be that it leaves those of us from that era more and more incredulous. UK paper The Independent just did a nice article on the subject and here are some of the examples that they came up with.
Once again, celebrity seems to mean more these people than being an artist.

College Radio On The Brink 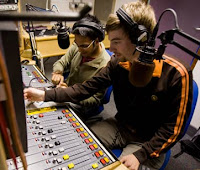 For many years, college radio has been the beacon of hope shining brightly across the wasteland that is commercial radio. As radio has become more and more homogenized thanks to group ownership and consultant-led playlists (see my past posts entitled Why Traditional Radio Is No Longer A Factor and Online Radio's Takeover), the only place for indie acts to break has been the local college radio station.

But now college radio sadly faces extinction as more and more colleges either close them down or sell them off. This is due to a number of reasons:

1) Fewer on-campus listeners. Students just don't listen to radio anymore, opting to discover their music online. Ironically, most of a college radio's listenership is off-campus. That being said, the college broadcast courses will remain in place as university radio stations move to the Web.

2) Budgetary shortfalls. Thanks to the recession, college administrators everywhere are faced with the prospect of making cuts, and frequently the first item to get the axe is the radio station, especially if it can be sold off.

Realistically though, college radio had been infiltrated by big business more than a decade ago after record labels discovered that it was the last bastion of open playlists. That being said, at least the consultants (the reason for crappy radio, in my opinion) have been kept out of it, hence the continuing local flavor that each remaining station maintains.

Just like the music business, radio isn't what it once was and probably never will be again. In the end, it probably won't matter much if college radio ceases to exist. It's a new age, so the sooner we let the new wave of communications wash over us, the better.

Check out a great article on college radio from a recent New York Times.

This is a funny, but pertinent chart about how money is made on the Internet, thanks to FastCompany.com. It pretty much sums up the possible revenue streams online. Of course, doing so is a lot easier said than done, but the chart does provide a nice overview.

The Artist Versus The Star

"Help me on my way to stardom," or "I can't wait until I'm a star," or "I just know I'm (or we're) going to be big someday." I see blog, Facebook posts or Tweets with statements like these more and more lately, and it makes me wonder, "Does this person want to be a musician with a fan base that appreciates the music, or a celebrity?"
Personally, as soon as I see a variation on these phrases, I know it's over for them. They're playing music for the wrong reasons and probably have limited their chances for success already just by their attitude. People that have a long term success (long term is the operational phrase here) in the music business are in it for the music first and foremost. The only time they're happy is when they're playing, and it doesn't matter if it's for one person or a thousand, or even if there's no one around. Letting the music out from their soul is always the main goal.

Those are the people that make it "big," because their priorities are in the right place. It should be all about the music, not how many people think you're cool, good looking, or the latest thing. Yes, all those just might happen if your music is special, but it will a byproduct of the music and not the central issue.

Don't get me wrong, there's nothing wrong with wanting to be a celebrity. Just don't confuse it with being an artist. They're rarely the same thing.

As I aways say, "An artist does it for himself; a craftsman (or celebrity) does it for everyone else."