Google Music Not Cutting It So Far

When Google introduced it's music cloud service November, the general consensus was that it was a can't miss project. After all, there were already 200 million activated Android phone and tablet users, and if it only converted 10 percent of their captured market, that would mean 20 million users.

Now word is beginning to leak out of every corner of the music business world that everyone is concerned about Google Music's very slow adoption rate. With Google being one of the 800 pound gorillas in the cloud music room, that's the last thing that anyone expected.

What's more, while Google does have licenses with 3 of the major labels, it has yet to obtain a license from Warner Bros to be able to offer their catalog, and it's unlikely that they will if things continue to go as it is now.

But don't count Google Music out just yet. Two weeks ago The Wall Street Journal reported that Google is building a wireless home entertainment system that will stream music throughout the home. Even if this were a big hit, and I can't see it making a huge difference for Google Music, but it may be just enough to turn the tide from one that's perceived as failing to one that's a borderline success.

By now everyone knows how powerful other social networks besides Facebook can be, but usually the only ones thought of are Twitter and, more recently, Google+. There are a lot more than just those 3 though, and quite a few have very formidable numbers. In this excerpt from the Music 3.0 guidebook, you see just how many networks have at least 1 million daily views.
--------------------------------------

You can read more excerpts from this book and others at bobbyowsinski.com. 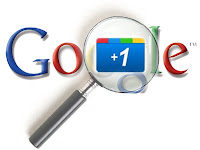 We seem to have solid evidence that posting a lot on social network Google+ affects your search ranking, which is no surprise since it is, of course, owned by Google. That said, just how much does a collection of +1's really affect your ranking?

According to a recent article on Mashable, there seems to be some evidence that Google +1s can at least indirectly lead to a better page rank. The problem is that it's a very indirect affect. The fact of the matter is that anything that leads to increased social sharing (like Facebook Likes) provides a potential jump in ranking. It's not a sure thing, just one of many factors that Google takes into account.

When it comes down to it, good SEO, link building, relevant keywords, and of course, great content seem to have as much to do with page ranking as endorsements like +1. The Google Panda algorithm is extremely intelligent and defies being gamed, so don't make the mistake of thinking that all you need is lot of a single thing to cause a jump in rankings. As with all things SEO, much more to it than that.

Katy Perry Made How Much? 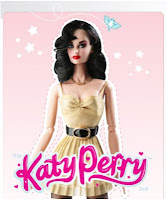 For Katy Perry, 2011 was a huge year. She went #1 five times and was the most played artist on the radio, which resulted in 2 million sales of her album Teenage Dream and 24 million digital download sales. Her tour was rumored to have grossed $50 million.

What were the expenses? Sources inside EMI reveal that the production of the album cost around 4 million dollars, much of it thanks to the $100,000 per song fees of producers Max Martin and Dr. Luke. Then there's the $250k minimum for promotion of the singles to radio.

So what did Katy end up with? Ms. Perry is estimated to have made $44 million last year, according to Forbes Magazine. How about EMI? Supposedly they made at least $8 million alone before commercials, movie trailers or foreign sales.

On the surface, 8 million bucks sounds like a lot, but considering that the album had 5 hit singles, it's really not all that much. Of course, the fact the Perry doesn't have a 360 deal with the label didn't help. If the ratio of labels hits to misses is an average of 10 to 1 as many claim, they need to make a lot more than that on their hits.

The bottom line is that there's still huge money to be made in certain parts of the music business. Record labels don't seem to be one them.

Can Justin Timberlake really be making a difference over at MySpace? Believe it or not, the once dominant social network claims to have "one-million plus new user accounts" in the last 30 days. In fact, it says that it's now "averaging 40,000 new registrations daily."

Why would anybody want to go back to MySpace? According to the company, it's because they have the world's largest song library at 42 million, and they have a new music player available. They also claim that it's Spotify, and not Facebook and Google+ that are their competitors. In fact, a quick check of the site shows that they have indeed rebranded themselves as "social entertainment," and they're now focusing on mainstream music, instead of the being indie focused as they once were.

Okay, a little reality check here. More does not necessarily mean better. What's the point of having a library of 42 million songs if most people could care less about at least 30 million of them? The other thing I'd like to see is exactly who these people are that are signing up for the service and where they're from.

Something tells me that there's these numbers are a little skewed, but as we all know about stats, they're always open to interpretation. After all, wasn't it just last March that MySpace lost 10 million users in a single month? It's really hard to add subscribers unless there's something worth their while, and there's been no sign of that so far.

What do you think - are we being hyped?