The Circle Of Sales The chart on the left comes from marketing guru Seth Godin's blog from a post entitled, The Circles. Seth relates the chart more to customer acquisition, but I want to use it as it's related to an artist's fanbase in regards to sales.
We'll skip "Sneezers" and "Customers" because they don't apply to our model and go right to "Listeners."
Here's what we can gain from this chart:

1) Don't waste your time trying to convert friends to fans. It's such a long shot that it's not worth the time or effort, and can even be detrimental to keeping your True Fans happy.

2) Don't waste time on your friends. You don't have enough of them to worry about, and they're probably only being polite anyway.

3) Be aware of your listeners, but don't try to convert them to fans. The chances are it won't happen.

4) Fans are important. They already like you and have told you so, probably by buying product, signing up to your email list or friending you on a social media site. They can be turned into True fans, but at this point, you can't count on it so you can't spend a lot of effort trying.

The Myth Of "Distribution Is King" 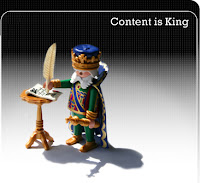 Up until about the year 2000, it was pretty much a given that anyone who owned, controlled, or created content had the world at their feet. Without the movie, song, CD, DVD, television show, piece of art, book, poem or any other creative endeavor, what else was there to sell?

Somewhere in the last decade this concept has been twisted to where it's now popularly believed that content is not longer the essential part of commerce, but distribution is. I suspect that this idea has been perpetrated by marketers and the distributors themselves in an effort to increase their importance and obtain a bigger slice of the pie as a result.

Is distribution important? You bet it is. You can have a great product, but if you can't make it available to buy, then you won't have as many sales. But distributors overestimate their importance, and they're beginning to believe their own hype. If you have something that's really great, people will find their way to it, more so now than ever.

But the distributors will have you believe that you can have a great piece of content like a song, and it won't blow up (sell a lot) unless it has distribution. Or will it?

In the old days of Music 1.0 through 2.5 when the record label was essential to an artist's success and the fan only purchased physical product like vinyl records and CDs at a record store, distribution was a lot more important. There was only a single distribution channel and you had to abide by the system in order to get in it. But now that we're in Music 3.0 where the artist can communicate directly with the fan, I'd venture to say that distribution is LESS important than ever.

You want to distribute your songs online? There are at least a dozen online distributors besides iTunes that will do that for you, and if you don't want to use them you can go directly to your fans via email, social networking and your website.

You want radio airplay? Traditional broadcast radio that requires the big machine for placement is dying and turning to talk-radio, so you won't be played anyway. Plus it's now irrelevant because it's influence is at an all-time low and going lower. But there are hundreds of online radio stations that will gladly play your songs if they like them and they fit their formats, and there are dozens of streaming sites where you can list your music by yourself.

You want to distribute your product physically? You probably can't get it into most record stores, but so what? There are fewer and fewer of those every month anyway. But you can sell CDs and merch at gigs and personal appearances, which can amount to some big $$$ if you have the fanbase and visibility.

If anything, the viral nature of the Internet proves the point. Content is still king! People don't buy distribution, they buy content.

So don't believe the myth. After all, without content, what is there to distribute? 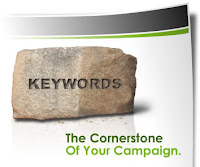 As I said in the post from a couple of days ago, keywords are the key to being discovered on today's web. Here's Part 2 of a great list of keyword search tools that I came across on the Search Engine Land site. Check out some tips on how to best use your keywords in this previous post.

Topical/categorical
Synonyms & word meanings
Typos and misspellings
Keyword Manipulation
-----------------------------------
Follow me on Twitter for daily news and updates on production and the music business.
Check out my Big Picture blog for discussion on common music, engineering and production tips and tricks.
Posted by Bobby Owsinski at 8:27 PM No comments:

5 Tips On How To Beat The Sales Odds

Market research company Nielsen Soundscan offered some interesting statistics at last week's NARM show (National Association of Recording Merchandisers) and they are indeed sobering if you're an artist.
What does this mean if you're a new band or an artist? First of all, you've got a tremendous amount of competition. It used to be that the average number releases was between 25 and 30,000 per year, which is still a huge number. Now we're talking about 3 to 4 times that many and the number is growing every year.

Believe it or not, most artists that make a record have no idea what to do with it, which is a shame considering the amount of time, effort and money involved. Even if the record is great, unless you have a plan, chances are that you, your friends and family will be the only ones to enjoy it.

Even worse, many artists still have their mind set on the elusive record deal, even though it's obvious to most that this is no longer the path to success that it once was. Even more baffling is the fact that many artists still refuse to learn more about how to use the many possibilities that the Internet now holds for building any fan base and marketing the thing you care so much about.

The only way that you can compete today is embrace the concepts of Music 3.0. Here are just a few things to think about (sorry if you've read this here before but there are many new readers who've not been exposed to the concepts yet).

1) You've got to reach out and touch your fans - frequently. Build your email list, keep in touch via social media, talk to your fans and especially, let them talk to you. Read the archives of this blog for a lot more info on how to do all of this, especially this post about how to reach your online audience.

2) You've got to target your audience and not waste time on trying to market to what you think is your audience. Just because you can reach a great deal of the world doesn't mean that it's cost or time efficient to try to do so. The more targeted you can be, the more likely you'll find your true fans (sometimes called "super fans," uber-fans," or "your tribe") and they'll find you.

3) You've got to keep your content fresh. Frequent releases of just one or two songs mean a lot more in keeping your fanbase happy than waiting a year in between each album release. The album is still important, but it's not the center of most fans or listener's music world any more, so keep those songs coming, preferably every six or eight weeks. Release an album when you have enough songs as described in this article about the new release schedule.

4) You've got to think outside the box. Trying something different like making a vinyl record doesn't mean that you'll automatically have an audience, but it does give you a better chance of being heard or at least have a story. Some artists have even released cassettes and 8 track tapes (although no one can probably play them). It's the story and the experience that you're selling, as well as the music. Which brings us to.....


5) You have to have a story. As Tom Silverman of Tommy Boy Records and the New Music Seminar said at the recent NARM, "The most important thing you can do (above music even) is create a great story; story sells, create context." The story allows you to raise up above the pack. It allows you to glow while your competition fades. It was always important, but now it's more important than ever.

Those 5 points are just an overview. There's a lot of detail to each, plus there's plenty more that you can do to take advantage of Music 3.0. Watch this blog for more tips, read my Music 3.0 Internet Music Guidebook and other great books like Ariel Hyatt's "Music Success In 9 Weeks"to get started.

Keywords are incredibly important. It's one of the major ways that people other than your fans find you. How do we determine which are the keywords to use? By using Keyword Search Tools.

Here's part 1 of a great list of keyword search tools that I came across on the Search Engine Land site.