For most British artists and bands, America is is where they want to be. You may be a hit in England, but you really haven't cracked it until you tour America.

Unfortunately that's getting tougher and tougher to do these days, and we may soon see less of the Brit artists and bands we love, according to an article by John Robb.

It seems that high visa costs and long waits are making it financially challenging for those acts with marginal success. Of course that applies to new artists and bands trying to break in the US, but also to all the "classic" artists of yesterday who still tour.

A US work visa now costs upwards of $7,000, and the wait time is so long that making advance travel plans become impossible, thereby jacking up the costs. It's even worse if you book the tour and then have to change plans at the last minute in fear of not having the visa issued.

Some Brit musicians used to get away with this by applying for a holiday visa, but it seems that immigration officials have now caught on, sending violators right back home and even banning them from entering for up to 10 years.

Apparently there's also a 30% tax on every dollar earned while in America, which hardly seems fair but isn't all that surprising.

American artists face no such trials getting into the UK, as a mere 50 bucks secures a work visa, and they're quick to get as well.

So see that British band while you can the next time they tour the US. You may not have another chance.

Billboard Introduces A Chart For Lyrics

Billboard already has over 100 charts, so you'd think that there wouldn't be a need for another one. The company found room for a couple more by introducing a new US and International LyricFind Charts, which show the songs with the most search queries for the lyrics.

The charts are based upon the data mined from LyricFind, the market leader for lyric licensing, synchronization and reporting.

The company has issued lyric licenses to more than 100 services already, including Amazon, Pandora, Shazam and Yahoo. It specializes in taking the burden of licensing and collecting royalties for lyrics from publishers, who generally choose to spend most of their time on other parts of the business with a greater royalty payout.

While on the surface one might wonder the need for such a chart, it's actually pretty interesting in that so many consumers regularly search for lyrics, in many cases almost as much as the actual song itself. It's no surprise that the chart closely mirrors the Hot 100 chart in that it's mostly populated by the most popular songs of the moment.

In our data-driven Music 4.0 world, the LyricFind Chart is just another useful piece to help frame the success of a song. It's been a long time coming.

Live music everywhere is facing a crisis, as venues continue to close left and right. In some cases, the real estate is too expensive to sustain a club or bar, and in other cases, it's the neighbors complaining about the noise. In many other instances the club struggles to draw enough of a crowd to stay in business.

Whatever the reason, there are fewer and fewer places for artists and bands to perform, which robs them of the opportunity to hone their chops in front of an audience.

London mayor Boris Johnson is taking action though, alarmed at the large number of music venues that have either closed or are facing closure in his city.

The Mayor has set up a task force to work with venues, musicians, the Ministry of Culture and just about anyone else that's interested in an effort to keep London's music scene alive and well.

Whether the task force will be successful is yet to be seen, but it's an admirable attempt to even recognize the problem in the first place. It would be great if US cities would do something similar, but don't hold your breath, as its low on the list of priorities for most US mayors.

You can read the Taskforce's report here.

If you're a record label or an artist with a large YouTube following, you may find your videos are no longer available to view if you didn't sign up to be part of the network's new Red subscription service that will launch this week.

YouTube sent a letter to content creators a few weeks ago telling them if they didn't sign on by the October 22nd, their videos would be hidden from non-paying viewers as well as well as Red subscribers. Even if they're not hidden, they won't be available for monetization.

According to YouTube, 98% of content creators have signed on so far, but there are many holdouts, among them Disney and many indie labels.

These holdouts, like many of the creators who have signed on, claim that the 55% payout from YouTube is insufficient compared to virtually every other service (who pay at least 70%).

In fact, it's been estimated that the total monthly royalty payout from Spotify is 3 times as much as YouTube, despite having a tenth of the user base.

YouTube Red launches tomorrow, and it will be interesting to see what the reaction will be. Regardless of how the public feels, you can be that content creators will continue to be unhappy. 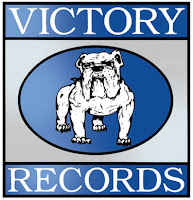 A growing controversy regarding the transparency of digital music may have come to a head with the latest situation involving Spotify and indie label Victory Records. The network suspended streaming all of the label’s songs after the digital monitoring company Audiam claimed that Spotify hadn’t paid publishing royalties on 53 million streams from over 2,000 of the label’s songs going back as far as 2012.

Audiam reported that it contacted Spotify and requested payment several times, and that the company agreed to pay but later reneged. Earlier this week, the streaming music company unexpectedly made the label’s songs unavailable to users of the service. Victory or Audiam claimed that they didn’t request that Spotify stop playing the songs, and say they are unsure exactly why the company chose to do so.

Spotify has since offered to terminate the existing license agreement with the label in favor of a new agreement, but the company is said to have declined. Although no official reason was given, it’s reported that the terms were less favorable to Victory.

Digital Royalties Are Complicated
While Victory Records, their publishing arm Another Victory, and Audiam claim that some of the publishing royalties haven’t been paid (the remaining 819 songs in the Victory catalog were fully paid), Spotify has been steadily paying the main sound recording royalty on the many streams from the company.

The fact that it took an outside company to track down unpaid digital royalties illustrates why this area of the business leaves many artists, managers, and even label execs confused and bewildered over the entire process.

Inherently digital music royalties are complicated, with many payment layers that change with the streaming service, tier selected, country and even market share.

It begins with the fact that there are two types of streaming services. The first is a non-interactive or webcast service like Pandora or Slacker where the user listens to a radio-like stream and can’t actively select a song. The second is an interactive service like Spotify or Apple Music where the user can select exactly what they want to play. Each type of service pays at a different rate, which varies from service to service, with non-interactive paying a much lower rate. Read more on Forbes.
Any purchases made through our Amazon links help support this blog at no cost to you (just click here).
Posted by Bobby Owsinski at 6:00 AM No comments: