The Official RIAA 2015 Statistics Are Out

The RIAA has released its statistics for 2015 and, as always, there are some surprises. The things to remember about the RIAA is that it works for the record labels (especially the majors), so some stats you have to take with a grain of salt. Here are some of the more noteworthy data points.

Here's the catch - the RIAA's numbers reflect retail sales, which means that the above numbers don't reflect how much the labels actually received for their music, although wholesale prices are from 65 to 70%.

Last summer I was a thought-leader at David Cutler's wonderful SAVVY Musician program at the University of South Carolina, which is basically a mini-MBA program for musicians. The program not only teaches you have to think like an entrepreneur, but produce results as well.

Here's a brief branding outline that I gave while there, which explains some of the very basic steps that any musician, engineer, producer, or music exec can do to develop your brand. 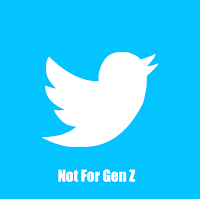 If you're an artist or in a band then you're probably on social media to reach your existing fans and to expand your fanbase. There's a problem though, in that it's getting a lot harder to do that, especially with the biggest social platforms available.

This is especially evident with Twitter, which still has 320 million monthly users, but most of those seem to be business, sports and celebrity users or journalists. Gen Z and younger millennials are staying away like the plague.

It seems that, unlike Facebook (which they reluctantly use), younger users really don't have a good reason to use Twitter when other alternatives like Snapchat, Instagram and Kik fulfill their needs in a better way.

Twitter is hard to define and even harder to describe why you need it, but any social network is in trouble if the user doesn't have any friends on it, as is currently the case with Twitter and the Gen Z and millennial crowd.

Brands are beginning to recognize this as well and spending less on the platform, understanding that it probably won't be growing much in the future, and that you're buying current users, not future ones.

That's why it's important that you know exactly where your fans are before you invest your time in a social platform. You only have a limited amount of energy and as a result, can't be everywhere, so go where you can get the most bang for your buck in terms of time invested. If you know that your fans are on Twitter, spend your social capital there, but if more are on Instagram (for instance), that's where you have to be.

Also, be aware of the ebb and flow of social media platforms, because they change every year both in terms of users and features. What works this year might not work next, and vice versa.

EDM Is Slowing Down

We've all seen clubs and restaurants that were white hot for a while and suddenly petered out after the sheen had worn off. That's what's happening with EDM at the moment as the scene is slowly winding down on a number of fronts.

Although some big festivals like Ultra Music can still command large crowds, they're not the instant sellouts that they once were. In fact, many formerly successful festivals like TomorrowWorld have been cancelled this year.

Why is this happening? There are a number of reasons why the scene is said to have peaked (some say back in 2013).
Both Las Vegas and South Beach, the respective ground zero for the genre, have seen mass club closings in the last year, and SFX Entertainment, who bet heavily on investing in EDM, has declared bankruptcy.

It looks like we're ready for a new trend. Do you see it on the horizon?

This week's guest on my Inner Circle Podcast is Rick Barker, who helped launch the career of Taylor Swift as her first manager. In the interview, Rick provides an overview of how Taylor became such a huge star, and gives us some insights into how the music business has changed since she hit the scene.

Rick is now is the social media mentor on American Idol, and offers a great Social Media For Music video full of tips and tricks on how to use Facebook, Twitter and YouTube to help you promote your music. Rick is cutting edge in this regard, and taught me a few things I didn't know myself.

In the intro I'll take a look at how the record labels are now changing their marketing strategy away from the short product release window to a "continuous loop," and how the fifth Beatle Sir George Martin changed the finances of the music business.

Remember that you can find the podcast at BobbyOInnerCircle.com, or either on iTunes, Stitcher and now on Mixcloud and Google Play.
Any purchases made through our Amazon links help support this blog at no cost to you (just click here).
Posted by Bobby Owsinski at 11:00 AM No comments:

Labels Adapt To Music Without Sales

Major record labels are are finally coming to grips with the fact that we're going to be living in a streaming world where any sales are a bonus. That means their strategy is now changing from one of selling product to one of engagement, according to a great article on The Drum.

The article states that there's now a rethink of how product should be marketed.

Instead of the short "release windows" of the past, labels are coming to realize that the more consumers are listening to an artist's streams, the more money everyone is making. As a result, the marketing cycles are becoming much longer, creating a "continuous loop" that's geared to keep people coming back to listen.

This movement is being spearheaded by Sony Music UK, but other labels are slowly adapting the strategy.

Sony began to look at other industries like traditional publishing and hotels to see how both are courting and keeping their customers, then incorporating that strategy to help increase engagement.

This can only be good for artists, who have long suffered from inadequate promotion when a song or album wasn't an immediate hit.

In the past, there was still a chance that a record could catch fire if a radio station (no matter how obscure) would add the song to its playlist, but in these days of station groups, consultants, and less local radio, that's more difficult than ever. Plus, radio is less and less relevant when there's no product to sell, so any new ideas in music marketing is great news for every artist and label in our new Music 4.0 age.