Major League Baseball Gets Into The Music Business 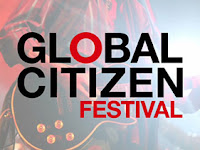 If there's one thing that I love almost as much as music it's baseball. From the time I was a little kid I was a Phillies fan, but I'll watch any game on television if it's interesting. That's why I found it intriguing when it was announced that Major League Baseball's Advanced Media division was teaming with AEG Live to produce and stream The Global Citizen Festival on the Great Lawn of New York City's Central Park on September 20th.

The festival, which will feature Stevie Wonder, John Mayer, Alicia Keys, and The Kings of Leon this year, is all about raising money for a variety of charities world-wide, so you'd wonder why MLB would want to get involved since it can't really make money. It turns out that all it wants is some experience in selling worldwide rights, which it can then directly apply to growing baseball outside the United States and creating a new source of revenue.

One would think that an event like Global Citizen would be a somewhat easy sell, based on the fact of the talent involved and the fact that it's a charity, but we'll have to see how successful they'll be in the end. The new global Red Bull Network seems to be an ideal potential licensee.

Lest it be thought that MLB Advanced Media lacks the technical chops to do the job, keep in mind that it was actually on the forefront of Internet streaming well before the other leagues and currently streams hundreds of out-of-market games via MLB.tv, plus it also operates its own television network. MLB has also indicated that it's looking to be involved in more music projects in the future. 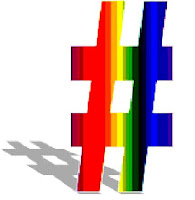 Hashtags have become an important part of promotion on a number of social networks, most notably Twitter and Instagram. They're a great way to find more information on a particular topic, which makes them useful for user and marketers alike.

Recently Facebook instituted hashtags into its network with the hopes that they would prove to have just as much as an impact as on other networks. The problem is it appears that on Facebook, using hashtags is actually counterproductive.

So while hashtags are proved to work on Twitter, they have a negative effect on Facebook. Luckily most people don't post using hashtags yet, but brands do. If you're an artist or are in a band, you're a brand, so remember - no hashtags on your Facebook posts! 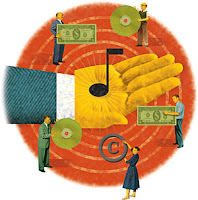 Last week it was announced that the Madison Square Garden Company (MSG) and music business mover and shaker Irving Azoff would enter into a joint venture called Azoff MSG Entertainment (AMSGE). In a move that could provide a peek into what the major record label of the future could be, it’s been reported that MSG agreed to pay Azoff Music Management $125 million and contribute a $50 million line of credit to the new company.
What makes this venture interesting is that the company will have four divisions; artist management, music publishing, television production and live event branding, and digital branding. Couple that with the many venues owned by MSG that could host concerts with the company’s artists, and you have a look at what the new world record major label looks like.
For the record, Azoff and MSG chairman James Dolan aren’t calling this a record label, but they don’t have to. It’s an outdated term for an outdated concept anyway. The traditional record label combined talent scouting, artist development, distribution and marketing, but each of those operations have changed substantially in the new millennium. Record labels now have fewer A&R talent scouts than ever, and in this one-failure-and-done atmosphere we live in, artist development is merely a nice term with little execution. Couple that with a dying brick and mortar music retail business and companies that market really well in media that mostly doesn’t matter nearly as much to music consumers as it once did, and you can see that something in the way the current music business is run has to change. Read more on Forbes.
Posted by Bobby Owsinski at 9:30 PM No comments:

One of the cool things about just about everything online is the analytics available. You can find out almost anything you want on any of the platforms that you're on. The problem is that usually no one set of analytics gives you the complete picture.

One of the newer YouTube analytics services is Strike Social, which looks across 100 different data sets of YouTube, Facebook and Twitter to measure your channel's engagement and then presents you with a score. By watching how your rating trends over time, you can gauge how well your channel is doing.

The best part about Strike Social is that it's free. Like most analytics sites, if you want more precise  date, premium features will be available sometime in the future. 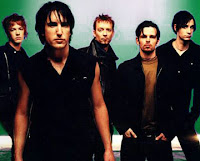 Don't look now but Trent Reznor has done it again. Always ahead of the pack in some way, Reznor just took a stand in the the so-called loudness wars by releasing the new Nine Inch Nails album, Hesitation Marks, with two different masters; the standard compressed-to-within-an-inch-of-its-life master, and a less compressed "audiophile" version.

For those of you not aware of the battleground, the loudness wars are basically a result of the insecurity of record execs, artists, producers and audio engineers everywhere that if their song is played right before or after another that’s louder, the listener will somehow deem it inferior. As a result, there’s a constant battle that rages behind the scenes in mastering facilities everywhere in an effort to make every song sound as loud as possible, even to the point where a mastering engineer (the specialized boffin who puts the final audio sheen on a song mix) will get the job based on being able to make the song louder than a competitor.

This is a battle that’s been raging since the 50s, and has resulted in mastering engineers usually violating their own collective good taste and judgement in making songs as loud as possible just to keep working. After all, lose a loudness shoot-out to a competitor and you might not get chance at ...Read more on Forbes.
Posted by Bobby Owsinski at 9:30 PM No comments: