Another Black Friday is upon us and I thought it would be fun to include a short list here. You can find a more complete version over on my Big Picture Music Production Blog. Here are a few items that are perfect for the musician, engineer, songwriter, producer, artist or band. 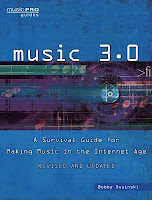 Music 3.0: A Survival Guide For Making Music In the Internet Age - The book the blog is named after. If you want to understand what's happening in the "new" music business, this book's for you. Explains who's in control, who's making all the money, and how to get ahead as the business transitions into a new age.

Lynda.com - Have you ever wanted to learn a piece of software, but hated the "how-to" videos you found on YouTube with bad audio and lighting and people that barely know what they're doing? Try Lynda.com, with more than 1500 courses with super high production values by experts and in small digestible bites. Check out my courses, and get 7 days free of unlimited access to lynda.com. 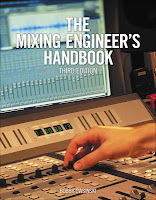 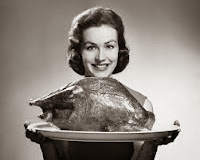 The Holiday Shutdown is the toughest time of the year to do business because the execs that can greenlight a project begin their extended vacations, so they're rarely in the office. It begins Thanksgiving week (some leaving on Monday rather than Wednesday), and really continues until about the second week in January. Oh, they'll be back in the office between now and then, but they're usually so backed up with work that if you're not on the top of the pile you'll be pushed to next year.

With all that being said, it's a good time of year to get your marketing in order for 2014, since there's bound to be some downtime in whatever sector of the business that you're involved it. We'll review that more in an upcoming post, but in the meantime, have a great Thanksgiving and don't eat too much turkey!

It's important that we observe proper online etiquette no matter what platform we're using in order to continue to engage fans, but it's especially true with Twitter. Here are 9 steps for better Twitter etiquette from the Twitter chapter of Social Media Promotion For Musicians.


"Twitter is a fairly simple medium, but there are certain unwritten rules that attempt to keep people from annoying one another. Despite this group etiquette, you’ll still no doubt run into situations that may make you want to scream, but keep in mind that it’s probably bugging others as well. Rest assured that sooner or later the offender gets the message and either mends his ways or leaves. Let’s take a look at what you should know.

It's always interesting to see who are the most successful music celebrities of the moment. Frequently they're not who we think they are since the ones making the most money are necessarily the hottest at the moment. That's exactly what you'll see in this year's Forbes Highest Paid Musicians of 2013.

Of course, these numbers and positions will surely change by the end of the year, but it's still fair to say that the 1% of the music business are still making a lot of money.

Marketing Bob Dylan All Over Again

By now you’ve probably at least heard about the latest video to capture our collective online hearts - the first official video of Bob Dylan’s most famous song “Like A Rolling Stone.” The video has caused a sensation not only because it’s interactive, but mostly because it’s based around the concept of doing something we all do probably too much of; watching television. On this video, the viewer can change between different “channels” that represent a cross-section of what we have available today (16 in all), meaning news, reality, sports, game shows, a children’s cartoon and finally a vintage of live video from 1966 of Dylan and the The Hawks (later to become The Band) performing the song.

What’s disconcerting is that each of the television scenarios has the actors lip synching the song, but acting as they normally would on their prospective channels, so there’s a big disconnect between the song lyrics and how the actors are saying it. The interactive part where the user can change the channel is a tribute to technology as the each channel stays in perfect sync regardless of where during the song the channel change is made.

Forget the phenomena of the video for a moment and think about the marketing that the video represents. As brilliant of an artist as Dylan is, he peaked a long time ago and has been mostly irrelevant for at least a few decades. That’s no knock on him, as the same thing happens to all but a few artists. Sometimes it’s the market that dictates it, while other times it’s the artist him or herself that pulls away as the ability to enjoy the fruits of one’s success grows. Either way, the man doesn’t have to push himself anymore as he’s earned his freedom to do whatever he desires.

That’s exactly why I don’t believe that he’s the driving factor behind this video, but that fact is almost irrelevant. There’s some brilliant marketing that we’re witnessing.

First of all, the video revives a hit from 1965. Think about that for a moment. This isn’t a remake or a duet with a new hot artist, it’s the original song, which as great as it is, is still 48 years old! Read more on Forbes.