Pandora takes a lot of heat for the royalties that it pays, so it's trying to make up for it by launching what it calls the Artist Marketing Platform, or AMP for short, which provides extensive analytics not previously available. The service is free to any artist that Pandora plays.

The major data points that an artist can now track are
About 80% of artists on Pandora don't receive terrestrial radio airplay, so this is a way for them to receive some valuable data that they wouldn't ordinarily be able to get.

Information is power in the music business, just like in any other business. By knowing where most of the fans are, an artist can better plan tours. By knowing which songs best resonate with the fans, an artist knows how to plan sets or even what musical direction to follow.

It may not be more money, but AMP is something that can valuable nonetheless.

Artists, bands and songwriters are complaining about what they're making from streaming services, but new negotiations by Apple and the major labels might have a big bearing on future royalties.

While $10 a month seems to be the going rate for most interactive streaming services like Spotify (Pandora charges $5, but it's non-interactive), Apple thinks that's too much. The company would like to lower that to $5 per month for Beats Music, but says it can only do so with a new licensing deal with the majors.

A new economic model could go either way for artists. If subscriptions increase, as analysts (including me) predict, then artists will make more money than they are now, and some cases, a lot more. Apple thinks that a lower price would accelerate growth, but it would also mean that subscriptions would have to at least double to just stay even.

This might sound far-fetched on the surface, but the fact of the matter is that there's only around 20 million paying subscribers globally for all services at the moment, so doubling the growth seems like a no-brainer.

That said, the general thought is that we'll reach 100 million subscribes with a few years anyway, and that's with the current model of $10 per month.

Then again, apple has more than 500 million credit cards on file on their iTunes stores worldwide. It seems like they're pretty sure that they can do some steep conversion at that lower $5 price. Hard to say which is the better way to go right now, but getting the labels to give in on this is certainly going to be an uphill climb.

Some recent Facebook and Twitter data have made it a little clearer which platform generally works best for most artists and bands. Here are the most recent numbers from the platforms themselves.

There's always the people that will say that Facebook is dying, losing teens, or irrelevant, but the fact of the matter is that right now, it does a lot better job of driving traffic to websites of artists and bands that know how to use it (check out my Social Media Promotion for Musicians book to discover more about how to do this).

2014 First Year Ever Without A Platinum Album 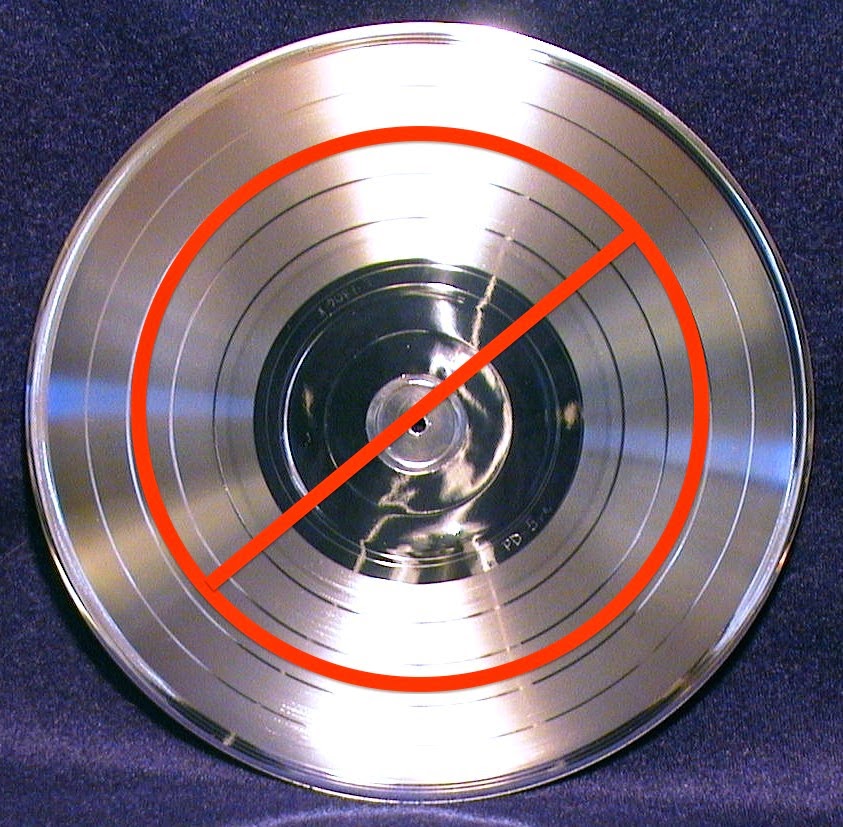 With all the albums that have come out this year it's pretty amazing that exactly zero have been certified platinum by the RIAA. Yes, you read that right - there have been no million selling albums this year yet!

What's worse, it doesn't look like there will be any by the end of the year either. The two closest are Beyonce's self-titled album and Lorde's Pure Heroine, but both aren't even reached the 800,000 mark yet and their sales have slowed in recent months.

Actually, there has been one million seller - the soundtrack to Frozen has sold over 3 million, but that's a soundtrack and not a popular artist.

Back when the business was at its peak, there might have been 20 to 30 million sellers by this time just about every year (both recent releases and catalog), but those days are long gone.

On the other hand, there have been 60 platinum songs so far this year, but even that's down about 20% from last year, as the music consumer moves to streaming instead of purchase.

Yes, we're definitely in a singles era where the song is vastly more important than the album, but we're also in a very important YouTube era where a song can get 100 million views yet sell less than 10,000 copies. And today, that's considered a bit hit.

Be Careful Who You Steal Song Ideas From

All songwriters are influenced by those who came before them. It's difficult not to borrow something from a song or artist you love and include it in your work, but when that borrowed piece becomes too blatant, then you're opening yourself up to a lawsuit, even 40 years down the line.

Take the case of Led Zeppelin's iconic "Stairway To Heaven," for instance. In 1967 Zep opened up for the band Spirit, who was out on the road in promotion of their first album (the self-titled Spirit) and playing the song "Taurus" every night. If you listen to both songs, you'll find that there's a lot of similarities in the chord changes and feel, which has caused the family of Spirit guitarist/songwriter Randy California to file a plagiarism suit against Led Zep.

It appears that the first round in the court battle has gone against Led Zep, as a judge has ruled that the trial can take place in the United States District Court of Eastern Pennsylvania. Attorneys for the band had argued that since no one from the band resided in that area, there was no basis for the trial to be held there, but the judge struck the motion to change venues down.

Led Zeppelin has been down this path before, losing a lawsuit to songwriter Willie Dixon for changing his "You Need Love" into "Whole Lotta Love." There's also a case to be made that "Dazed and Confused," "How Many More Times," "The Lemon Song," "Bring It On Home," and a few more were not as original as the world thought when they were first heard on Zep albums.

We still don't know how the lawsuit will turn out, but the moral of the story seems to be that if you're making a lot of money on a song that sounds a lot like another, be prepared to share some of the cash and the credit lest you find yourself in a courtroom somewhere.