The Online Habits Of Teens 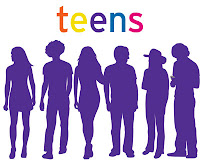 The last thing you want to do if you're a songwriter or band is to try to write something specifically for a particular demographic. Unless you're true to yourself, your art will always suffer. As I've said in many of my books:


Kinda destroys some long-held beliefs about how teens consume media, doesn't it? Go to the Business Insider site to read the entire report.
-----------------------------------
Follow me on Twitter for daily news and updates on production and the music business.
Check out my Big Picture blog for discussion on common music, engineering and production tips and tricks.
Posted by Bobby Owsinski at 9:03 PM No comments:

As if we didn't need more evidence that the era of the major record label is over, now comes this. Atlantic Records is asking the fans of trip-hop artist Natty to fund a release. The company as teamed up with the fan-funding platform Pledge Music to try to make this happen.

My first reaction to this news was, "Is Atlantic (really it's parent Warner Music Group) in that bad a shape that it can't afford to fund a record?"

My second thought was, "The audacity of the company to even think of such a thing. If they can't even provide the budget for a record, why be on the label at all? What good are they?"

But then I examined the story a bit to find that this outside funding is actually not for Natty's second Atlantic album at all. It's for a separate stripped down collection of songs. Could this be a brilliant PR move?

Here's why it just might be a lot smarter move than the music pundits think:

1) I'm posting about it now, and it's been all over the music press this week. What better way to get some publicity before the album is released?

3) Natty will have another set of songs to release as soon as the momentum dies down of the real album. He could release the songs as a collection, or he can release them one at a time online. Either way, it doesn't impact the real album at all except call attention to it.

4) It allows Natty to make a lot of other PR moves that he couldn't other wise. All of the extras that most artists do for a fan-funded record can be employed here, all keeping his name in the news. For instance, Natty will give a private acoustic concert in your own home for £600 - £5,000, all the way up to Natty remixing your track for for £1,200.

The downside - It's been reported that Atlantic won't be sharing any profit from the record with the fans that paid for it. Now that's a scam.
Posted by Bobby Owsinski at 9:01 PM No comments:

The Long Tail - It Works If You Work It

When Chris Anderson's book "The Long Tail" came out in 2006, it was immediately acclaimed as a brilliant new theory of how the new digital economy worked. By 2007 economists everywhere where blasting the theory as a false bill of goods, one that really didn't approximate the new economy at all. I've posted on this previously on my Big Picture blog back in May of 2009 (before the Music 3.0 blog that you're now reading was instituted), but I think it's time to revisit the subject since I recently spotted a thread on the CD Baby forum after a podcast by Chris that was pretty dismissive of his premise.

For those of you not familiar with The Long Tail theory as it applies to music, it states that a consumer will buy a lot more songs in an artist's catalog than he will of his hits if only the catalog songs were available, the catalog being "the long tail." In other words, if you get someone to come to a site to buy your latest hit, they'll stick around and buy even more of your older releases too.

Then came a study by an unnamed music service (speculation is it was the iTunes store) in early 2009  that stated that of their 12 million songs, 9 million didn't sell a single copy in the previous year, which flies against the wind of The Long Tail theory. At this point, economists who never bought the theory in the first place danced on the Long Tail's grave.
But wait. There's more to the theory than just having the catalog available for purchase. After having studied the Long Tail theory in depth for my Music 3.0 book, I've come to the conclusion that this study and most every other doesn't take into account 2 of the theory's 3 main points. These are:
So you have to have all three items for the Long Tail to work. Before the naysayers dismiss this theory, they must give all facets of it a chance work. With variable pricing now in use by most digital stores, we should soon see how price affects sales. But even with the right pricing, it's that "easy to find" part that's really at the heart of all the debate. Only time will tell how accurate the Long Tail theory really is.

One of the questions I received at the recent ASCAP Expo event was about the kind of online measurement tools that I used, so I thought that might make a good topic for today's post. Believe it or not, I think that some of the free ones are the best, at least for me. These are the ones that I use all the time:

1) StatCounter - This is by far my favorite measurement tool. StatCounter provides a suite of measurements far more detailed than what you get from your ISP, like not only the number of unique visitors, but the entry and exit page, where they recently came from, the keywords used used to find the site, the time on site, the number of return visits, and location information detailed enough that you can almost see into the visitors house. You just place a piece of invisible code on your website or blog and away you go. StatCounter only remembers the info for your last 500 visitors, and anything beyond that requires a monthly fee, but the free version is still great.


2) Tynt Tracer - Another tool that requires that you insert some invisible code, Tynt Tracer differs from just about anything else in that it measures how many copies of text or graphics were made from your site or blog. In other words, if someone copies a piece of text from your site and inserts it on another site or blog, Tynt Tracer knows about it, and then can track how many visits came to your site from that copied piece. What's more, you can also program it to insert a Creative Commons license warning when someone copies and pastes your content. The analytics are difficult to decipher sometimes, but it's certainly a cool and useful tool.

3) Google Analytics - There's no code involved with Google Analytics. You just register your site or blog, then leave the rest to Google. You get somewhat the same information as with StatCounter, but you also get some trending information that's very useful.
There are a ton of paid measurement tools out there, but why spend any money until you really need to? These 3 will get you started and take care of most of your measurement needs for quite a while.
-----------------------------------
Follow me on Twitter for daily news and updates on production and the music business.
Check out my Big Picture blog for discussion on common music, engineering and production tips and tricks.
Posted by Bobby Owsinski at 9:24 PM No comments:

I was honored to be asked to do an interview and book signing for my Music 3.0 Internet Music Guidebook on Saturday at the ASCAP Expo in Hollywood. Click on the link for a short video excerpt of my ASCAP interview. I believe the full interview will be online shortly and I'll post the link, since the questions were great and I'm sure were representative of many of the questions my readers have.
I also presented a short workshop on Friday on IK Multimedia's T-RackS 3 mastering software in the West LA Music room. There were a lot of requests for my ASCAP T-RackS Keynote presentation, so I've put it online. As with most Keynote presentations, it's a lot better if you hear the talk that goes with it, but hopefully you'll get the idea.
-----------------
Follow me on Twitter for daily news and updates on production and the music business.
Check out my Big Picture blog for discussion on common music, engineering and production tips and tricks.
Posted by Bobby Owsinski at 8:47 PM No comments: