As long as musician have been signed to record labels there's been misunderstandings about what's in the contract, almost always by the artist. What's unusual is when you actually have an audio recording of the disagreement. What's even more unusual is when this recording is from way back in 1956 and it involves the legendary Buddy Holly.

Here's the setup. Buddy and his band were spotted by a talent scout opening for Elvis and signed to the Decca label out of Nashville. Decca had them record 5 tracks with famed producer Owen Bradley, but no one liked the result, so Decca declined the option on Buddy's contract when it came up for renewal. Buddy was OK about being released, but wanted to be able to use the songs that he recorded, so he called the president of Decca to get permission. He also secretly recorded the call, which is what you're about to hear.

Decca refused to let him use the songs (which included what became his huge hit, "That'll Be The Day"), which is understandable since they wanted to recoup the money they spent. Holly eventually got around the deal by recording the songs for a subsidiary of Decca under the name of the band "The Crickets," which is probably why Decca never took him to court, which they probably had the right to do.

I spotted this video on the great Musicianscooler blog. Dave Jackson of Musicians Cooler recently did a couple of interviews with me regarding my Music 3.0 and How To Make Your Band Sound Great books. Thanks, Dave! I'll post the links when the interviews go live.

4 Predictions About The Web Of The Future 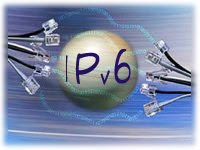 Predictions are usually left until the end of the year, but there are some trends that seem to be giving us an idea of what we'll find commonplace in an Internet world not that far away (5 years or less). All of these are good news for musicians, by the way. So if I may, let me give you my 4 predictions about the Web of the future.
1) Speed will no longer be an issue. Depending upon which study you read, the United States ranks between 13th and 28th in the world regarding Internet speed. That looks to be addressed soon with initiatives from the FCC to raise the bar to 100mbs, and from Google to significantly top that. With much of the rest of the industrialized world already over the hump in terms of a big speedy pipe for media delivery, it will be interesting when that limitation is finally breached in the US. While we already watch short videos with no problem at all, and even the last bastion of media limitation, the long form movie, is already being delivered with regularity, full 1080p (and not the severely compressed kind) and 3D movies with full interactivity beckon as we hit the blazing speeds of the future.
2) The computer will not be our prime interface. You might think that this prediction is based upon the upcoming release of the iPad, but our Smartphones have already pointed the way. In the not too distant future, our computers will be used for what they do really well, which is input data, while everything else will be used for access and viewing of Web content, including phones, tablets, the new generation of televisions coming on the market, and some other "output" devices that hasn't come into every day view yet.
3) Social Networking will continue to dominate. Just about all social networking is still rising all over the world and that won't stop any time soon. Humans are social by nature so connecting via the Web is just an extension of what we already like to do. Even those that are normally anti-social in the physical sense are able to interact via social networking. As Internet speeds gets faster and we get more and more devices that we can use as an interface, expect that interaction to increase, but also expect new ways to interact via a host of new apps.

4) Piracy will finally be held in check. Not completely eliminated (when has that ever happened?) but somewhat thwarted via IPv6, a technology that's been around for some time but never fully utilized. Internet Protocol Version 6 (IPv6) will finally replace Internet Protocol Version 4 (IPv4 - what we use today to assign a specific address to a website) simply because we running out of Internet Web addresses. But along with more addresses than we can ever use (79 octillion more!!) via IPv6, we get the ability to put a unique code on every frame of film or video every made, every second of every song and every paragraph of text. There are a lot of very smart people (some of which I know personally) that have this worked out already, and pretty soon the timing will be right as the world realizes that new websites are no longer possible with IPv4. This one technology has huge implications on so many facets of our connected world, so it will be a lot of fun to see how it plays out.

The future for the Web is indeed speedy and bright. Can't wait for it to get here.
Posted by Bobby Owsinski at 7:46 AM No comments:

Email ThisBlogThis!Share to TwitterShare to FacebookShare to Pinterest
Labels: IPv6, web of the future

EMI Trying To Spin Off It's Parts

As noted in a number of previous posts, EMI Records has been in pretty tough straights since it was purchased by investment fund Terra Firma a couple of years ago. The reason was the TF played fast and loose with Citibank's money, who put up most of the funds for the sale.

Now Citi wants its money and TF doesn't have it, so EMI has been in a slow death spiral. It can't pay it's bills and it can't get new artists or keep old ones since they have no money for support. What can they do? Sell off parts of the company, of course.


EMI recently tried to sell it lucrative publishing arm, but the sale was stopped by Citi. In the end, it will eventually happen anyway (it's publishing an catalog are the only things worth anything these days) as this once giant of industry dies a slow and unbecoming death.
But one thing it can sell is the revered Abbey Road Studios, according to an article in the Financial Times. The studio was purchased in 1929 for about $160,000 but reportedly will bring in tens of millions of dollars, since the brand name is worth far more than either the studio or real estate. That will hardly put a dent in the more than 5.5 billion dollars still owed to Citi, but the studio is bound to prosper more away from EMI than within it. If you're not much into music history, Abbey Road is where some of the biggest selling records of all time were made, including most of The Beatles recorded output, Pink Floyd, Radiohead, and many many more.

So if really want to buy a studio, take a tour of Abbey Road.

If you read my Big Picture blog, sorry for the cross-post, but I thought the topic fit for both.
Posted by Bobby Owsinski at 9:03 PM 2 comments:

When Information Is More Important Than Music 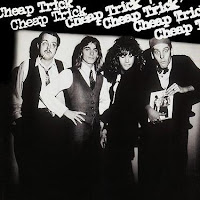 David Frey, manager for Cheap Trick, hit upon an interesting point in his post on the Tunecore blog the other day. He stated that Neilsen/Soundscan (the company that measures CD and digital sales), Amazon, Ticketmaster and a host of other entities own all the information of the band's sales, and that they then sell it to whomever wants it. Of course, the band doesn't get a piece of the sale but that's besides the point here.

Frey was taking issue especially with Soundscan, who would sell that info and the end result was to the detriment of the band. Whenever Cheap Trick would self-release an album, a new re-issue would suddenly appear from the band's former record labels which would in turn cannibalize the sales of the band's new release. How would the labels find out? They'd buy the info from Soundscan.

So Frey and the band decided to try to get around Soundscan, this time by releasing the album through Tunecore and specifically requesting that it not be reported to Soundscan. But Soundscan still managed to get the data. Since they could no longer collect it, they'd buy it from the likes of Starbucks, the major retailers like Best Buy and Wal-Mart, iTunes, Amazon, and any number of other sources. Soundscan then was able to sell the info once again to anyone that wanted it, and so the cycle continues.

Cheap Trick has been a more-or-less music business constant for over 35 years so this incident doesn't apply to most artists and bands just entering the business or trying to get over the visibility hump. Still, it does illustrate that your information (both the sales data and meta-data) is an important product in Music 3.0, and that's it's difficult at this time to control and near impossible to make money from.

I predict that data and meta-data ownership will become a huge battleground in the future as more artists become aware that they own own a lot less of their information than they think.
Posted by Bobby Owsinski at 8:36 PM 2 comments: