7 Mistakes Songwriters Make When Registering With A PRO 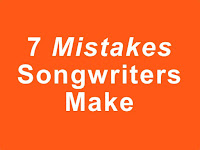 If you ask the people that work at the Performance Rights Organizations (PRO) like ASCAP, BMI or SESAC, they'll tell you that they see a number of common mistakes when a songwriter registers a song.

The problem with a mistake or omission during this process is that someone will end up not getting paid when royalty time comes around, so it really does pay to be as meticulous as possible. Here are the 7 common mistakes as outlined by Songtrust.

Filing the correct paperwork is a vital part of modern songwriting so you can get paid, so take it seriously and get it right. Make sure that you don't make one of these mistakes so that royalty check shows up when you expect it. 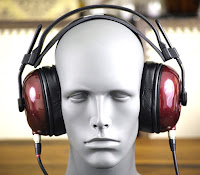 Hip-hop listeners have embraced streaming more than listeners of other genres, according to the numbers from the various streaming services. It appears that hip-hop and R&B artists have far more total monthly streams than any other type of music, including rock, which was previously thought to be the genre of choice for streamers.

For instance, Drake's “If You’re Reading This It’s Too Late” had 48 million streams in one week, according to Nielsen, while Kendrick Lamar’s “To Pimp a Butterfly” opened with 38 million and The Weekend’s “Beauty Behind the Madness” started with 57 million one week and 52 million the next.

Compare that with the top non-hip-hop artist, Mumford & Sons "Wilder Mind" at 15.4 million one week back in May, and it looks like streaming has a much different demographic than was previously thought.

No one has a good answer for why this is occurring, although many feel it has to do with increase in social presence from the major R&B artists. Some feel that Apple Music's Beats 1 radio service may be an influence, as an analysis of its playlists indicate that it skews towards hip-hop and R&B.

Whatever the reason, the numbers are a surprise and will warrant closer watching in the future.

Classical music hasn't fared well in the digital music age, but a new service called Dart Music aims to change all of that.

Dart is like a TuneCore for classical music, with an annual rate of $20 for a single musical piece, $40 for an album, and a 100% royalty payout to the copyright owner. The service then submits the music to online retailers like iTunes, Spotify, Google Play and others.

The difference between Dart and other aggregators is that it pays special attention to metadata. While most other aggregators include metadata that identifies the artist, song and label at a bare minimum, entering other metadata can be a tedious chore.

Classical music requires additional metadata like conductor, ensemble, and performer, since there is so much more featured collaboration in a classical piece that needs to be identified. This is where Dart is said to shine.

While incomplete metadata is an industry-wide problem, Dart is trying to solve the problem as it specifically focuses on this market niche. Find out more at dartmusic.com.

Streaming Music Up, Everything Else Down According To The RIAA

That said, digital downloads dropped 9.4 percent, although digital album sales rose by a surprising 4.2 percent (this category had been declining rapidly).

The one bright spot in physical sales continues to be vinyl sales, which grew 51.3 percent to $226 million.

The major takeaway continues to be the growth of paid subscriptions from services like Spotify, as the category was up almost 25% over the same time last year. The RIAA estimates that there was a slight growth of subscribers, up to 8.1 million in the United States.

What this shows is that physical product (except for vinyl) is falling fast, and digital revenue is just barely keeping up.

Although more and more people are signing up for streaming, not enough are convinced that it's worth it to spend 10 bucks a month on yet.

Pricing seems to be a big issue here, but until the labels and publishers come to grips with this issue, we won't see the dramatic growth in streaming subscriptions that everyone has been expecting. 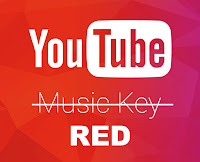 It looks like YouTube will finally launch it's long-awaited paid music service in late October, but it also looks to be  a little different than what we expected.

While YouTube's Music Key has been in beta testing for about 6 months, the rumors are that the service will now be called YouTube Red and it will consist of 2 main features:

1. The elimination of ads on all videos.

This all comes at a price of $9.99 per month. It's unclear whether users who have purchased Music Key will still be able to pay their $7.99 price or if their cost will also be the higher $9.99.

Supposedly the new service will also provide offline access to music and videos as well as background play (so you can listen to a song while working on another app on your phone) and more.

There's no word yet on the royalty structure for artists, songwriters, labels and publishers.