You probably can't read the chart on the left, but it truly is an eye opener. It was created by Stan Schroeder and posted on Mashable yesterday. The chart describes the number of sales of various music product required to make a monthly wage of $1,160, or the minimum wage that you'd likely make at Micky D's.

Let me outline what the chart says. For more detail, see it at Mashable.

12,399 individual track downloads from iTunes or Amazon (income $.09 each)

This makes working at McDonalds start to look like a wise career choice. Still want to try to make music for a living?

Follow me on Twitter for daily news and updates on production and the music business.
Check out my Big Picture blog for discussion on common music, engineering and production tips and tricks.
Posted by Bobby Owsinski at 8:41 PM 3 comments: 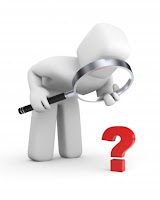 Last week in a post I touched on the importance of hashtags (placing a # before a keyword) in your tweets as well as the using Twitter searches to find the proper keywords. One of the sites that I use and like, hashtags.org, has shut down (too bad), so let's look at some alternatives.

1) search.twitter.com is more of an all-purpose Twitter search site. If you're looking for any keywords related to hashtags, be sure to place one in front of your search term (like #keyword). If you select "advanced search" you can make your search even more granular.

2) Twellow is a Twitter yellow pages directory. It's interesting in that if you search for a keyword, you'll get the profiles of users with that keyword in their profile based on who has the most tweets.

3) Tweetstats and Tweetstats Trends are a good way to look at not only what your personal stats are, but also the latest trends on Twitter.

4) Trendistic is another Twitter tool that will show you the hottest trends of the day, week or month, as well as how any particular keywords are trending.

I hate to say it, but that's about it. Search.twitter.com is the closest thing to hashtags.org, but you have to remember to insert the hashtag before your keyword. Remember that a quick look at both the searches and trends before you select a keyword can make a difference in your Twitter traffic and ultimate attraction to new followers.

-----------------------------
Follow me on Twitter for daily news and updates on production and the music business.
Check out my Big Picture blog for discussion on common music, engineering and production tips and tricks.
Posted by Bobby Owsinski at 8:44 PM No comments:

Your Site Speed Is Now A Factor In Search Ranking

Google has over 200 criteria for site ranking, but the newest appears to be how fast everything on your site loads. What's unusual here is that Google actually announced it, since it tends to keep the ranking factors as a closely guarded secret.

The speed criteria has been rumored for months though, and now that it's been confirmed, it's one more factor to consider when building your website. The reason? Users love fast sites, and fast sites have a higher engagement that slow sites.


All that being said, relevance is still the number one factor for site ranking. What is relevance? The site name, metadata, and text copy of the site all match in relevancy to a search. For instance, if the site name is "jeffbecktributeband.com" but the site really tries to sell you insurance, there's not much relevancy there and it will be penalized. Even if the jeffbecktributeband.com site is trying to sell you tickets to Jeff Beck shows, it's still not about a JB tribute band, so even though it's more relevant, it's still not to relevant to someone who's searching for a Jeff Beck tribute band.

So make sure all of your graphic files are small (30 to 50k is about right), and keep any video hosted through YouTube so it all loads fast. Google's too smart for even the smart SEO guys, so play by the rules and don't try to game the system.

Follow me on Twitter for daily news and updates on production and the music business.
Check out my Big Picture blog for discussion on common music, engineering and production tips and tricks.
Posted by Bobby Owsinski at 9:47 PM No comments:

Music insiders said it would happen and the numbers show that it finally has. As predicted (see my previous article), after the major labels raised the track price of their most popular digital hits from 99 cents to $1.29, digital sales have declined for the first time ever.

According to Nielsen SoundScan (who tracks all physical and digital sales for the industry), the drop was only a little less than 1 percent, but it was certainly symbolic that the shortsightedness of the major labels has soured one of the few remaining bright spots of a suffering industry.

So why did they raise them in the first place? First of all, it was a power play against Steve Jobs and iTunes. The major labels have always hated the fact that a computer company was not only setting the price for their product, but distributing it as well. The second reason was that they figured (wrongly it would seem) that they'd make more money from the same amount of downloads since they never believed that the sales would decline. Even if they did, it was thought, they'd make the same money with fewer sales.

While this may be true, it's simply a bad idea from the longevity standpoint of an artist. In Music 3.0, you want as many fans to buy in as possible, not fewer. Sure, many will just illegally download the music anyway, but many won't because of the hassle factor involved. The more involvement from the fanbase, the better for everyone.

Regardless, raising the prices on a product that's not a necessity during a severe recession doesn't make much sense no matter what industry you're in.

That being said, the labels do have some really smart people working for them who could really change the landscape of the business if they were only given a chance. That just might be too much to hope for, I'm afraid.

Follow me on Twitter for daily news and updates on production and the music business.
Check out my Big Picture blog for discussion on common music, engineering and production tips and tricks.
Posted by Bobby Owsinski at 9:28 PM No comments: