I want to thank Rob Lawrence for having me on his Inspirational Creatives webcast.

He asked a lot of thoughtful and insightful questions regarding the creative process that I'm not often asked.

He also got me thinking and talking about a lot of people that have helped me in the past, that I can probably never thank enough.

Check it out if you get a chance. 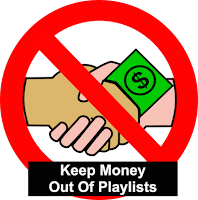 Just when you thought that the record business couldn't get any sleazier comes this. Record labels are now paying some big dollars to influence online playlists of streaming services.

This is what many in the industry call "Playola" (named after the old payola practice of illegally paying a DJ for airplay on the radio), and is yet another way that an established label, manager, or artist gets a one-up on the indie artist.

Believe it or not, the practice is legal, and even if it weren't it would be difficult to police. It's easy for a label or promotion company to slip $100 (or way more) to a blogger with a hot playlist for "consulting" without anyone being none the wiser.

While a small blogger might only cost that much, owners of popular playlists with hundreds of thousands of followers cost considerably more, with a six week campaign going anywhere from $2,000 to $10,000, according to an article in Billboard.

This is one area of the music business that most of us thought was still pristine and untouched by big money, but I guess that's too idealistic a vision.

That said, Spotify is taking a stand and forbidding its playlist owners from taking money from outside sources, which is an excellent reason to keep supporting it.

It looks like another format that was left for dead is making a dramatic comeback. Believe it or not, the cassette tape is selling better than it has in years, and new tape decks are again being made.

According to National Audio Company, the largest of the companies still involved in cassette manufacturing, the company sold nearly 10 million units last year (remember that vinyl only did 13 million with a lot more hoopla about it).

Of that number, a surprising 70% was actually production copies made for two of the major labels Sony and Universal, along with a few small indie labels. The other 30% were blank tapes.

The company sees such an upturn in cassette sales that it persuaded Teac/Tascam to reintroduce tape machines long out of production.

So who's buying most of the tapes? You'd be surprised (or maybe you wouldn't).

Just like vinyl, it's the under-35 crowd who's gravitating back to the format. After listening to digital music all their lives, they've found they preferred analog.

Although many have looked down on the cassette as an inferior playback format, a fresh tape in a well-aligned machine can actually provide surprisingly good performance.

That's too much to hope for in this new resurgence, but it's nice for people to experience analog audio once again.

For many artists, having their fans subscribe to a monthly subscription is the way to go. That way the artist gets a fairly predictable income, while the fan gets exclusive content and first dibs on wide release content as well.

The infrastructure for putting that together can be a lot more daunting than an artist wants to deal with however, so platforms like Patreon have sprung up to make it easier. Now the widely use artist utility Bandcamp has launched it's own subscription service.

When this feature was originally announced more than a year ago, I wrote a blog post about why I didn't think it would work. It's certainly not for every artist and the post explains why.

That said, Bandcamp makes it fairly easy to incorporate a subscription into your BC site, as well as set the subscription price and tiers. It also makes it easy for the subscriber to receive newly released material as well.

Here's a video that describes the feature in detail. 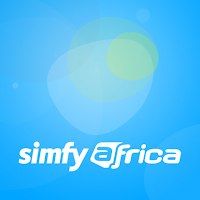 When we think of streaming services we automatically think of the global players like Apple Music, Spotify and Google Play.

It's true that they have the a great deal of the current streaming subscribers, but they don't have them all, and probably won't get many in certain areas of the world.

A good example is Africa, who streaming abounds, but not so much with the big players.

The reason is that many people there don't have bank accounts (along with some 2.5 billion people in the world), but most of them do have mobile phones.

Check out the following services are tied primarily to mobile carriers (in order of total revenue):

The point is that if you want to address a regional fanbase, you can more easily target the country if you know which streaming services they listen to. Don't rely on just on the global services as they may not be popular with the fans or potential fans you want to address.

People Still Not Willing To Pay For Music Subscriptions 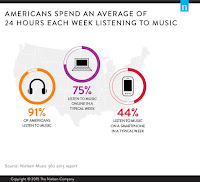 Despite all the hype over the entry of Apple Music into the streaming music arena, people are still hesitant to spend money not only on Apple Music, but any streaming service. That’s the conclusion of the latest edition of Nielsen’s annual Music 360 report.

While every day there are new articles regarding the growth of streaming music, it turns out that good old fashioned radio not only refuses to die but is actually growing in importance in regards to consumers discovering new music. Music 360 found that 61% of people say they discover music that way, which is up from 57% in 2014.

On the other hand, only 27% of consumers said they discovered new music via a music streaming service (and that includes YouTube).

This shows that the much talked about migration to subscription music isn’t the exactly the flood that was expected by now.

One of the major reasons for the slow start is price, an opinion that industry analysts have long held and was born out again in Music 360. According to the study, the top three reasons that consumers gave for not subscribing was that services are too expensive (46%), they can stream music for free elsewhere (42%), and they didn’t think they’d use a service enough to justify the spend (38%).

Although the current $9.99 per month seems like an ideal number in terms of the music industry’s wants and needs, that figure doesn’t seem to correspond to what consumers have in mind.

The general feeling among industry analysts is that $3.99 to $4.99 is a much better ballpark for a monthly price. It’s an easier psychological barrier to breach, and addresses two of the three objections sited in the report. You might feel that your 10 bucks a month is being spent unwisely if you only listen for a few hours during that time period, but it doesn’t hurt nearly as much at half that price.


The chances of getting just about any music licensing body to sign off on a $4.99 per month price seems to be somewhere between slim and none at the moment though. Even the mighty Apple couldn’t negotiate a reported $7.99 per month price, which signals that it’s going to take some time before a continued low adoption rate causes a re-think of that position. Read more on Forbes.