The State Of The Internet Video

Here's an excellent video that's a fun watch that depicts the current state of the Internet. Get ready for some staggering numbers.

JESS3 / The State of The Internet from JESS3 on Vimeo.
Posted by Bobby Owsinski at 9:12 PM 1 comment:

Email ThisBlogThis!Share to TwitterShare to FacebookShare to Pinterest
Labels: state of the Internet

Management Secrets Of The Grateful Dead 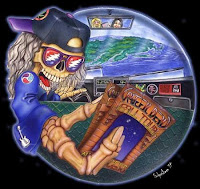 It's quite popular to believe that the hippie movement of the 60's was only about sex, drugs and rock and roll, but you'd be surprised that many of the core principles of social networking and Music 3.0 were promoted back then by the pied pipers of that movement - the Grateful Dead.

Indeed, it's now believed that the Dead were visionaries in providing what we today call "customer value," social networking (but real human social networking), and strategic planning that might rival that of today's MBA's, this according to a recent article in The Atlantic.

The band has just donated their 40 years of archives to University of California Santa Cruz, primarily because one of its professors, Frederic Lieberman, is a Dead scholar and teaches a course about them at the school. But if you think that's a curious musing at a notedly eccentric college campus, think again. Even an organization as esteemed as The New York Historical Society will open an exhibit of the Dead's archive's this week, and more and more universities around the country are instituting Dead courses of their own.

So what of the band's business vision? They were smart enough to incorporate early on, then established a board of directors with a rotating CEO position, something that many corporations could learn from today. And it wasn't just the band members who were on the board. All the members of their organization, including the road crew, were made an integral part of the company.

They were one of the first bands to understand the value of merchandising and founded a sales and licensing division that was not afraid to sue anyone who violated their copyrights. And they were one of the first acts to permit fans to tape their shows, understanding that fans sharing tapes would widen their audience, just as digitally pirated music does today. As a result, the Grateful Dead eventually became one of the most profitable musical acts of all time, despite having relatively meager album sales compared to those of their contemporaries.

Never in my wildest dreams did I ever think that the business techniques of the Dead would be considered hip, but yet, here we are.
Posted by Bobby Owsinski at 8:47 PM No comments:

Email ThisBlogThis!Share to TwitterShare to FacebookShare to Pinterest
Labels: Grateful Dead, The Atlantic 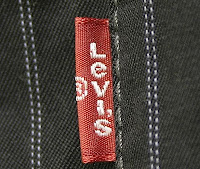 If you ever wonder why so much advertising money is spent on teen buyers instead of the demographic that actually has some money to spend (baby-boomers), the answer is that once you've established a buying pattern, you'll continue to buy that product for life.

That's why Judann Pollack's recent article in Ad Age regarding the 15 biggest baby-boomer brands is so interesting. All the products came of age just as the boomers did, and the boomers have never strayed since. I'm surprised at a few of these, and even more surprised at their ranking, but having lived through that era I can understand the choices.

15) Clairol
Posted by Bobby Owsinski at 1:26 PM No comments:

My Music 3.0 Interview on Musician's Cooler

Dave Jackson of Musician's Cooler was kind enough to interview me for his podcast regarding my Music 3.0 Internet music guidebook.

To hear all about the different stages of the music business, social media management, and measuring your online success, check out the podcast.

Click on the podcast link right above the picture of the book.

Thanks, Dave!
Posted by Bobby Owsinski at 8:53 PM No comments: 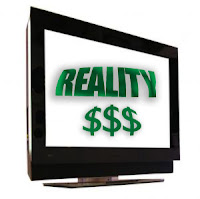 You'd think that a song popular enough to get tens of thousands, hundreds of thousands, or even millions of plays would generate some substantial income for the performer. You sell in substantial mass and get compensated accordingly. That's not the case, according to Billboard's annual Money Makers report.

It seems that the income to the artists from all those streams are shockingly low. Of the top 100 musical money makers of 2009, only 10 made more than $2,000 from interactive streams, with Beyonce topping the list with a mere $5,000!

What's more, only 25 artists made more than $1,000 from on-demand streams, with Michael Jackson topping the list with $10,000 (these figures are US only and don't include publishing).

But there's still some real money in digital album download sales. 13 artists generated sales of over $200,000, again led by The King Of Pop with $800,000, and another 26 made more than $100k. And single track sales pulled in the kind of money you'd expect a pop star to generate. 3 acts generated more than $1 million in digital track sales, with Lady Gaga leading the pack, and 33 others made at least $100k from digital single track download sales.

Streams from subscription services like Rhapsody actually paid off a little though, with 26 earning more than $100,000, led by Nickelback, Michael Jackson, and Taylor Swift.


So what does this all mean? Even though we think we've figured out how to monetize music in Music 3.0, it's still a moving target. There are still many holes in the system, with the artists still taking the brunt of any shortfalls that occur. Because even if subscription music takes hold in a big way and the income stream of the industry takes a big leap forward, there's still no guarantee that the money will find it's way into the artist's pocketbook.

Posted by Bobby Owsinski at 8:46 PM No comments: 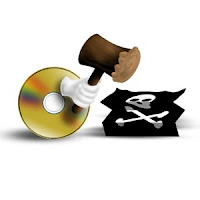 My buddy Richard Feldman, who's president of the American Independent Music Publishers (AIMP), a Grammy-winner producer and songwriter, and owner of Artist First publishing, wrote an interesting post on the AIMP blog the other day.

Richard takes a look at the current state of music copyright and music piracy and has some interesting numbers that can be downright scary or hopeful, depending upon your outlook for the business. Among the numbers:
Digital piracy is not the only reason that the music business is in trouble these days, but if only a portion is converted to real sales, the music industry could change almost overnight. Check out Richard's post at the AIMP blog.
Posted by Bobby Owsinski at 8:42 PM No comments: