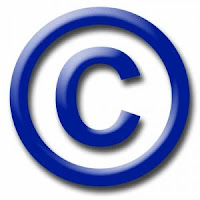 Here's an excellent article from the New York Times about copyright enforcement. It's long but filled with interesting information on how the publishing rights organizations (BMI in this case) collects the money that it doles out to songwriters and publishers.

To summarize, the way a publishing rights organization (PRO) collects money is by making licensing deals with the various broadcast entities like television networks and radio, but also with any business that plays music. If you own a restaurant, gym, or just a retail store playing background music, you need a license and must pay accordingly. Even clubs where live music is played must have a license. As you might expect, collecting from a small mom & pop store, bar or club that doesn't have a lot to begin with isn't that easy.

I've been on both sides of this equation. As a songwriter, I loved the fact that someone was actually out there scouring the country to collect money for me (although I'd only see a very very very small piece of it). As a former restaurant owner, I hated the fact that we had to pay what we thought was an excessively high fee for the privilege of playing background music in our establishment, although we did pay it.

The article also has some great info on how the PRO's started, and some of the their high-teck tracking technology.

It's a great article and worth a read - The Music-Copyright Enforcers. 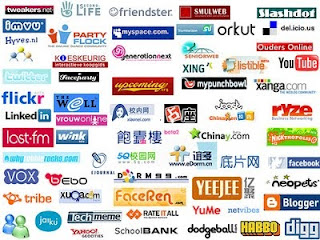 The latest data from research company Nielsen indicates that Americans now devote a full 6 hours a month to social networking, up 16% from a year ago.

And what network do they spend their time on? You guessed it! Facebook claims an 85% share while MySpace comes in a way distant second with only 5%, and Twitter only 1%.

So if most time was spent on social networks, what else captures our attention? Online games account for 10% of time spent, while email came in at 8%. Watching video is now a full 4% of all time spent online, which amounts to an average of 3 hours and 15 minutes a month.

As an artist, you may look at those numbers and be tempted to concentrate entirely on social networking for building and communicating with your audience, but that would be short-sighted.

If you read this blog a lot you know that I've always advocated that you capture as many of your friends and fans from your social networks to your mailing list. The mailing list is still your most powerful means of engagement with your fanbase and tribe. Not only is there a personal aspect to receiving an email that fans love, but you also have the advantage of deep metrics not available from many social networks that can be useful in any marketing or promotional campaign.

Remember that a well-formed online strategy features many different and equally important parts.


Yes, we're spending more and more time these days social networking, but you still need the other pieces too for a successful online strategy. Don't overlook them.

Yesterday I wrote about the likelihood of Apple debuting a cloud-based service in the near future. Today comes word from Cnet that's might not be the kind of service that Apple has planned after all.

If your not familiar with the term "cloud," it means online storage. An iTunes cloud service would allow you to put all of your music online instead of keeping a copy on each device. That means that you can access it from your computer, your phone, or iPad, or anything else connected to the Internet.

But the problem is that a new service would require a new license for the songs from the major and indie labels, and Apple still hasn't even begun negotiations, which means that we won't see the envisioned cloud service anytime soon. Negotiations with one label takes months and months, let alone with all four majors. We'd be lucky to see it in a year.

So why is Apple building a huge new server farm (they call it the "Orchard") in North Carolina?

The speculation is that Apple isn't looking to launch a cloud music service at all. It's for video.

If this is the case, here's how I see it.
All this means it should make for a very interesting year of Apple watching.

P.S. It's been reported this morning that Apple has added cloud streaming to its MobileMe iDisk app. It has some limitations though, since it appears to be limited to Apple products, and doesn't support automatic uploads as you add songs to iTunes, playlists or album cover artwork. This shouldn't be considered a cloud music service, just an iDisk improvement, but it can be construed as Apple testing the waters before a full product introduction.

The plot twists and thickens yet again.

Email ThisBlogThis!Share to TwitterShare to FacebookShare to Pinterest
Labels: Apple, iTunes, music in the cloud

Digital music information and strategy company Music Alley puts together an interesting monthly report called NumberCrunch that includes some interesting statistics culled from information sources like NPD, Forrester and Neilsen/Soundscan. Here are a few points that I found interesting (my comments in italics).
I think the most interesting thing about these figures is that the conclusions have been holding steady for quite some time now. Let's see what next month brings.

Email ThisBlogThis!Share to TwitterShare to FacebookShare to Pinterest
Labels: music in the cloud, music subscription 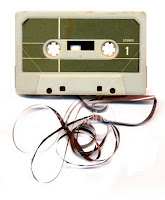