The world has been in an uproar over Apple Music's free trial period over the last week or so, and now that the company has agreed to pay artists and songwriters, the only question that remained was how much it would pay to artists and composers.

That question has finally been answered. Apple will pay around 0.2 cents for every play during the free trial period, an amount equivalent to what Spotify pays on its free tier as well.

Apple had originally proposed paying out 71.5% of its income instead of 70% after the trial period to make up for the shortfall, but the straight payment per play felt fairer to everyone involved.

This amount will cost Apple some money, but with $178 Billion (yes, with a B) of cash on hand, it can afford it.

The fact of the matter is that Apple doesn't have to make money with Music since its business thrives on hardware. This puts it at a distinct advantage over other services like Pandora and Spotify that rely on the income to keep the lights on.

The royalty dustup was actually a good thing for Apple Music in that it kept the service in the public spotlight for another week after the announcement, proving that there's no such thing as bad publicity.

Google Introduces A Free Tier For Its Play Music Service

Google's Play Music streaming service is trying to take some of the thunder away from the Apple Music launch by announcing that it will offer a free, ad-supported tier to users who are adverse to paying $9.95 a month for the paid subscription.

Unlike the paid tier, users won't be able to choose their own songs to play on-demand, but will instead play songs from curated playlists in a radio-like fashion. This isn't new to users, as it's also the way that services like Pandora and iTunes Radio work.

What's a little different is how the playlists are categorized. Listeners can choose between lists such as Driving or Working Out, or even "What would Beyonce do?", so it will be interesting to see just how well the playlists fit into those activities.

The technology used in this tier basically comes from the now defunct Songza, which Google acquired last year.

The new free tier might not be enough to counter the boulder that is rolling downhill in Apple Music, but at least it made some news as well as made people aware of the Play Music service again.

That said, the real news will come later in the year when Google's YouTube Music Key is officially introduced, which is expected to have a much larger impact on music distribution.

You have to hand it to Taylor Swift - when she speaks people listen. After an open letter criticizing Apple for not paying artists and songwriters during its free 3 month trial period on Sunday, the company has decided to do the right thing and pay up.

While Taylor Swift has a huge audience, this amounts to more damage control by Apple than anything. The noise on the subject from indie artists had begun to swell last week in the news and was getting louder by the day, but Ms. Swift’s argument that artists and songwriters should be paid put it over the top.

The one thing that Apple can’t afford right now is any negativity floating around Apple Music, and with the launch only a few days away, it was imperative that the story turn positive. Inaction would have caused the negativity to linger and even grow, and the company needed to eliminate any reason for consumers not to try the new service.

The fact of the matter is that with a war chest of $178 billion of cash on hand, the money paid to artists and songwriters over the trial period is a drop in the bucket that the it could easily absorb. It’s also a fact that the Apple could have done nothing and survived the inevitable blowback that would happen as well.

But give credit where credit is due, the biggest music star in America took on the biggest company in the world and won.

It will cost Apple a little money that it should easily recoup should Apple Music reach the expected subscription levels, but in the end everyone is a winner with this decision.

Consumers will find a larger catalog filled with many more of the artists they love, artists and songwriters get paid for their hard work, as do the record labels and publishers, and Apple Music gets some positive spin right when it needs it most.

Originally posted on Forbes.
Any purchases made through our Amazon links help support this blog at no cost to you (just click here).
Posted by Bobby Owsinski at 6:00 AM No comments:

Soundcloud Streams To Be Limited 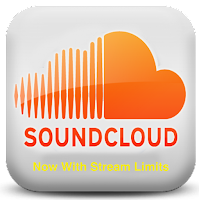 In a move that may upset many users, SoundCloud will introduce limits on the number of streams outside it's network as of July 1st. That means that any song played via a third-party app will be limited to 15,000 streams in a 24 hour period.

SoundCloud said that the move was to counter "an increasing number of applications that abuse content."

To be clear, this does not affect songs that are embedded and streamed directly from the SoundCloud app. The limit only affects its API.

Many developers who use the SoundCloud API are up in arms because they were only given 15 days notice, which they claim isn't enough to reprogram their app.

The service is facing increasing competition with Apple Music about to come online, and YouTube's Music Key waiting in the wings, so this isn't a great time to be upsetting anyone in its ecosystem.

Indie Labels Have It Drastically Wrong About Apple Music

The latest flareup in the streaming music wars has the indie record labels in an uproar over the fact that Apple won’t be paying royalties for the free three month trial period that consumers have before deciding whether they want to subscribe to Apple Music or not.

The indies major contention is that their margins are so small that three months without royalty payments will put them out of business. While on the surface that seems like a reasonable argument, it misses the mark of what the real issue is - the lack of corporate respect.

While no one but the label execs themselves know if the majors have the same no-royalty deal in place for the trial period, rumor has it that the music giants are not being paid either.

Either way, it matters little. Both the majors and indies aren’t currently getting paid a dime from Apple Music and those companies aren’t rushing into bankruptcy court, so another three months will make little difference.

The fact of the matter is that no one is taking in any revenue during the trial period. Apple isn’t charging for advertising like the other freemium tiers of its competitors, so it’s a wash. No one makes money, no one loses any (although Apple does absorb the operating costs).

The trial period is a necessary evil in that if you don’t give consumers a taste of the service, there’s no way they’ll plunk down their cash on a subscription (even if it is made easier by the fact that Apple already holds their credit card information). If you don’t water the garden, it’s now going to grow, and that garden could potentially put a lot of food on the table so it’s best not to starve it just when it’s beginning to spout. Read more on Forbes.

UPDATE: Apple has decided to pay artists and songwriters for the trial period. Read more here.
Any purchases made through our Amazon links help support this blog at no cost to you (just click here).
Posted by Bobby Owsinski at 6:00 AM 1 comment: