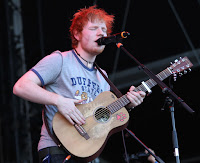 For those of you who think there's no money in streaming music comes this - Ed Sheeran generated more than $20 million from Spotify so far.

Spotify just announced that Sheeran's global hit "Thinking Out Loud" was the first track over the 500 million mark on the service. Using the $0.007 average per stream figure that Spotify says it pays out to rights holders means that the song generated about $3.5 million by itself.

Keep in mind, this is from one service only, and doesn't include YouTube, Deezer, Pandora, etc.

Now the reality is that most of the $20 million goes to Sheeran's record label, who then pays him a rate of between 15 and 20%, depending upon his deal. That still means he made around $4 million from his streams so far.

Once again, the thing to remember is that it takes hundreds of millions (and billions) of streams or views to add up to something, but these numbers are the norm for a major artist these days.