Beyonce Attempts To Bring Back The Album 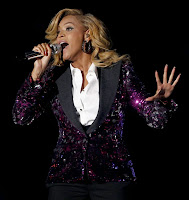 We live in a new music world. While some will tell you it’s entirely different from the past, it’s really a throwback to the 50s and beginning of the 60s when singles dominated. As artists and bands of the 60s became more successful, more attention was placed on the album, which while more expensive to make, also carried a higher profit margin as well, which pushed the industry to financial heights not previously dreamed of. This sales paradigm carried on until 2003 when the introduction of iTunes made monetization of digital music a viable part of the industry, and since then, the single song sale has dominated while album sales have steadily decreased to the point where many question whether the album is even needed in music today.

But Beyonce seems to have temporarily turned that concept on its head with the stealth release of her fifth album, entitled simply Beyonce, last week. The album had no promo run up to its release, no single released for sale before or with the album, and had 17 videos dropped simultaneously, but you can only view them if you bought the digital album first. Clearly, Beyonce’s album is meant to stand on its own (at least for a short time until the singles are released), defying the logic of how the new music business is run.

Just to review, the current strategy is for singles to be released frequently (even as quickly as every month or six weeks), making each one a separate event that can be individually promoted. Having a single available allows current and potential fans to live with the song for a while, giving it a greater chance to catch on. After a number of singles are released, they can be compiled into an EP or album, which is now another new event to be promoted. At least, that’s how it’s supposed to work in this new music paradigm we live in.


That construct doesn’t necessarily apply to a superstar like Beyonce though, who can and does defy the rules by virtue of her gigantic celebrity. Most other artists dropping an album without any advance promotion would find their sales suffering. In fact, may stars and superstars have an album sales problem even with a lot of promotion these days, but Beyonce immediately went to number 1 on iTunes, although it helps that the service has a one week exclusive before the physical product and the singles drop. This might be the smartest decision that Team Beyonce could have made, as it immediately put the album on the front page of every entertainment blog as the word of mouth spread. Read more on Forbes.
----------------------------------
Help support this blog. Any purchases made through our Amazon links help support this website with no cost to you.