EDM By The Numbers 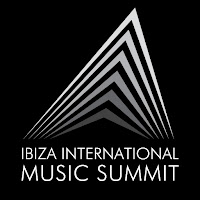 I've been meaning to post this for quite a while now, and although it's a little late, I think the numbers still hold up. These are some of the results from the International Music Summit 2012 Consumer Report about the EDM audience. This was done in conjunction with EMI Music in an effort to understand the EDM consumer better. Some of the more interesting conclusions outlined by the report are:

● In the UK, passion for Dance / Electronic music rivals that for Rock music up to age 25. It’s consistently more loved than Urban music. It has no rivals beyond Rock, Pop and Urban.

● Passion for the different genres of dance music are similar in the US and the UK. Except for Drum n Bass, which is more popular in the UK. And except for Techno because the word is often used in the US to describe dance / electronic music overall.

As you can see, a big problem for the genre has been identified in that it has a short lifespan with it's audience. Unlike other genres of music that stay with you beyond your formative years, that doesn't seem to be the case with EDM, which seems to max out at age 25 in terms of interest. Of course, another big problem is the lack of catalog, as you probably won't find yourself humming these songs to yourself a few years down the road. That said, you have to admire the fact that the industry is trying to understand more about its audience in order to provide a better experience for them, which is something that should be happening in other genres as well.