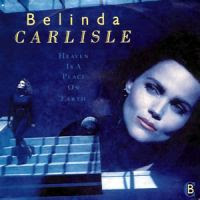 As artists and songwriters continue to discover, streaming music doesn't throw off as much money many thought it would. One of the big problems is that after what seems to be an enormous number of song plays, the royalty is incredibly meager. You hear different examples of this every day from outraged artists and songwriters, the latest being Ellen Shipley in a post last week to Digital Music News that you'll find below.

The following comment, posted on our site [Digital Music News] Tuesday, comes from Grammy-nominated, hit songwriter Ellen Shipley. One of her top tracks, "Heaven Is a Place On Earth," [the 1987 hit by Belinda Carlisle] got played more than 3.1 million times on Pandora, in the last three months alone. Here's the rest...

It is interesting and very disturbing that no one is addressing the SONGWRITER's situation in this Pandora debacle.
Pandora wishes to REDUCE the amount of royalties that songwriters have already seen CUT in 2005. Let me give you an example of what Pandora is paying in royalties to SONGWRITERS--not the performers, but the people who write the songs--the foundation of the music world---

AND they want us to take an EIGHTY FIVE PERCENT CUT!!!

Does that give you an understanding of the meager, insulting, outrageous amount of money songwriters are being paid from PANDORA and SPOTIFY and YOUTUBE and GOOGLE  (I received 15 cents from GOOGLE the other day)?

PANDORA talks a great deal about their need to make a profit and to survive.... but they could care less about the fate of those creators who already are hurting so badly, they are dropping out of music.

FACT:
According to the FEDERAL CENSUS, we have lost 45% of our professional songwriters in the last ten years or even less (since the advent of streaming and piracy on the Internet depriving us of earning our LEGAL royalties)

So--here is the question:
WHY is it alright for PANDORA to want to exist and grow and earn profits while it is NOT alright for the SONGWRITERS to SURVIVE, be respected, earn a fair royalty?
PANDORA's model is failing-- because as Steve Jobs recognized much earlier on when he rejected the idea of Streaming Digital radio--they don't have a business plan that gives them a way (such as ad revenue) to earn a profit OTHER THAN NOT PAYING FOR MUSIC!

Listen Up Everyone Please:
Without the Songwriters who create music for artists who do NOT write their own songs, there will be little if any music when you go to PANDORA OR SPOTIFY OR YOUTUBE....
I am grateful for my success as a Grammy-nominated, hit songwriter....I am grateful that my songs have reached millions of people and meant something to them in their lives....
But I will NOT perpetrate the myth that somehow Songwriters should give their music away for free or let it be stolen by Corporations interested in their own profits by any means possible.
THis is a human rights issue---We are discriminated against and unprotected by the US governments obligation to make sure our FIFTH AMENDMENT RIGHTS in the BILL OF RIGHTS (the "right to the pursuit of happiness" which includes the right to work at the JOB OF OUR CHOICE and earn an income from that job without--my words- interference from any person, place, corporation, streaming sites that are robbing us of our Constitutional rights.

Let the voice of the Songwriters Be Heard!  Send a petition tous--allow us to be represented at all these meetings between the music world and those who would seek to destroy what we have worked so long and hard to achieve in our lives.

Ellen has every right to be outraged, but it seems that her anger is a bit misplaced. She's a BMI writer and her check came from BMI, not Pandora. It was BMI who made the licensing deal with Pandora and BMI who determined how much her streams were worth in the grand scheme of things, given the amount of licensing money they received. Then they split the money 50/50 with Ellen and her publisher after taking an administrative fee. Some of her beef should be with BMI for the deal they cut.

OK, that still doesn't negate the fact that 39 bucks isn't that much for 3 million streams. And of course, the fact that Pandora wants to reduce that amount even further to stay in business just inflames the situation. But the fact is that songwriters have been used to making more money from terrestrial radio play for a long time, but the pool of money for online radio just isn't that large right now, at least for Pandora.

That said, Pandora says that it can't stay in business without a license rate reduction, but maybe it's better for normal market evolution to take its course and let it die, just like any other business that has the same income to expense problem. If there's a real need in the market for such a service (and Spotify can't fill it all), then you'll see someone rush in to fill the gap in no time, perhaps with a business plan to make it work better for all involved.

I would love to know what her check was in the late 80's from radio.

Would she get $39 if 3 M people heard her on the radio? Probably not. Just my 2 cents

To All Known and Unknown- the Songwriters, Artists, Musicians, Production Teams, and Educators : May You Have Joy, Abundance, and Relief in Everything You Do in 2013! Happy New Year!

What Bill of Rights is she reading that says she's allowed to make money however she pleases? I want to live in that country...