The Pros And Cons Of Pandora’s Rdio Acquisition 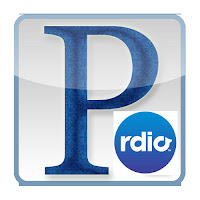 The music streaming wars just became a bit more interesting early this week when Pandora agreed to acquire some critical assets of the Rdio streaming service out of bankruptcy for a reported $75 million. This will the second strategic acquisition that Pandora has pulled off recently, following its $450 million purchase of Ticketfly a few months ago.

On the surface this seems like it could be a huge positive for the company, but there are also a few potential land mines that come with the deal. Let’s look at the pros and cons.

Pro: On-Demand Infrastructure Can Provide Growth
Pandora is acquiring Rdio’s streaming technology (as well as some of its staff), which could be key to its global expansion. Right now the service is only available in the United States, and to a lesser degree, Australia and New Zealand.

A real problem for Pandora until now has been its ability to expand beyond those territories, mostly due to the company not being able to come to a suitable agreement with the licensing organizations in various countries (which all seem to favor on-demand streaming).

The company is now more more likely to be able to grow, as having Rdio’s on-demand streaming infrastructure available as an integral part of the service not only makes for a more attractive package for the consumer, but may make it easier to gain approval to operate in other countries.

Pro: The Public Prefer’s On-Demand
Give Pandora credit, as it saw the writing on the wall that on-demand streaming would eventually become a clear winner with consumers over the radio-like non-interactive service that it currently provides.

This was blatantly evident with Apple’s recent entry into the market with it’s on-demand Apple Music after only offering the Pandora competitor Apple Radio previously. You could see the trend in user numbers as well, as on-demand Spotify’s numbers continue to grow while Pandora’s have been relatively stagnant.

Con: On-Demand Licensing Costs Are Considerable
While that on-demand infrastructure is important, Pandora didn’t inherit any of Rdio’s roughly 1 million customers in deal, mainly because it’s not buying the Rdio business itself. Maybe more importantly, it didn’t get any of its licenses with the record labels, which were non-transferable. That means that the company will need to negotiate these deals, which can be both costly and time-consuming. Read more on Forbes.