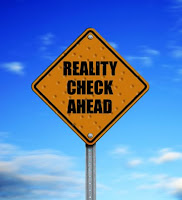 3) CD's aren't dead yet. They're a collectible, the same as a shirt or hat, and that's how they should be should be thought of. The fact is that they're not the be-all, end-all to monetizing your brand, and they really never were. Remember that there were 248 million CDs sold in the US last year that were counted (many sold at concerts don't hit Soundscan), so there still is a demand. You just have to adjust your thinking on the type of product it is.

4) But you can charge for a collectible. A collectible is a memento of a moment in time, and people will pay to relive that through an item that they'll buy. But you can't charge too much.

One of the problems with most bands and artists is that they price their swag way too high. Who pays $10 dollars for a CD these days? Who's willing to pay $20 for a T-shirt? Even legacy artists with a really great brand and nicely designed merch can have a problem at $35, which has become the norm at a concert.

Find out your costs, including tax, shipping, the commission you give to the swag salesman, and everything else that might be hidden, and mark it up by 20% - 25% to build in some margin. Especially if you're just starting out, think of these items as promotional. The fact that you might get someone to cover your costs by buying your merch, and even make a little as a result, is a bonus. You can charge more later once you develop a rabid following that wants everything ever connected to you, and you've proven that the market will bear the higher price.

If you're audience wants CD's (some still do, believe it or not), pull a Radiohead and let people pay what they want for them, or set the price extremely low so you can at least cover your costs. Once again, it's promotion. I'd rather people pay at least something because that way they've made a commitment to listening to it. A CD given away for free will most likely hit the garbage before it ever hits their ears.

We're living in the age of Music 3.0. It's time to take advantage of it.