The results are in and the highest grossing concerts from this year will astound you. The following chart from Billboard shows that some music acts are making some serious money on the road. Keep in mind that the chart isn't for an entire tour - it's only for 1 show!

The One Direction/5 Seconds Of Summer tour was obviously a blockbuster, capturing 5 slots of the top 10, including the single highest attendance with 236,566 at London's Wembley Stadium, but The Stones were the highest grossers, capturing almost $28 million for a single date at the Tokyo Dome.

All that said, actual total concert attendance was actually down a little over 1% in 2014, but people paid more money than ever, as the concert industry made nearly 20 billion worldwide - a record. 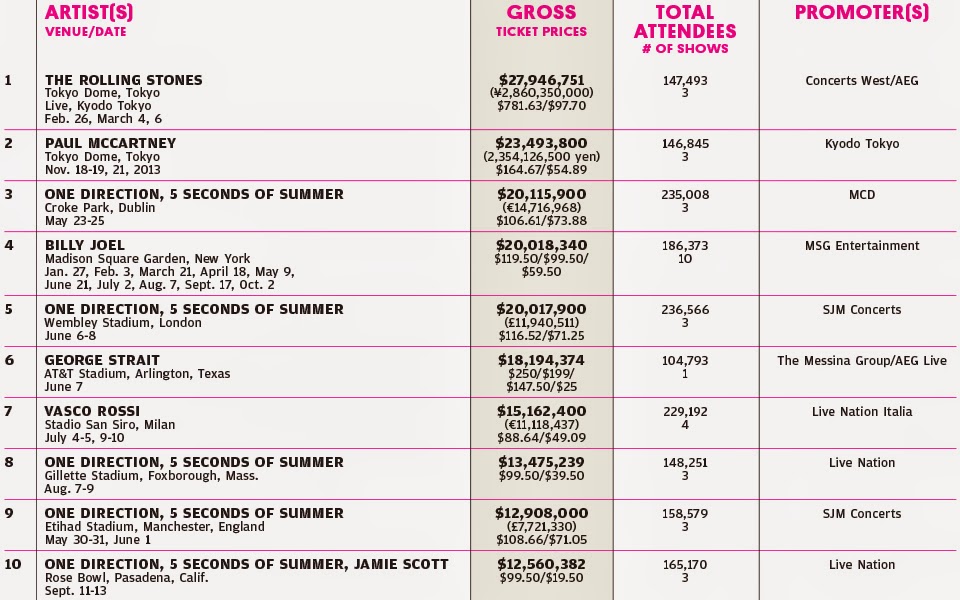