Keep Your Eye On These Next 3 Social Trends

Social media is the lifeblood of so many artists, bands, musicians and record labels in terms of engaging and growing their fanbases. That means it's important to stay current on the latest developments so you don't get left behind.

With that in mind, there are 3 new trends in social media that are really heating up that you should keep an eye on, according to Kevan Lee of of the social posting tool Buffer in a post on thenextweb. Look out for the following:

1. Purchasing items directly from your News Feed.
We're already seeing this on Twitter, Instagram and Pinterest where your fan can make a purchase from within the app, which means she's avoided linking to the multiple steps in an external shopping cart and possibly losing the sale. Facebook has also been testing a Buy button for more than a year, and is slowly rolling it out to a specific group of advertisers.

One of the downsides of News Feed purchasing in the current crop of social platforms is that you usually need to be involved with a third part app like Shopify, Stripe or Gumroad to use as a payment processor/gateway, but if you're selling merch online already, chances are that you're already connected.

2. Custom social networks at work.
Companies are beginning to see the advantage of having their own internal social networks. The thought being that if employees are going to be on social media during the workday anyway, the company might as well have some control over it. Facebook at Work is the first network to jump into this game with a customized work version, but expect others to follow.

There are still a lot of unknowns here, but the trend is worth watching since it could affect the timing of your posts. In other words, it might be better to wait until after 5PM when people are away from their work networks so you can catch them on their personal networks. On the other hand, a work network might be able to be penetrated by a certain type of post, which then gives you the inside track at engagement. We'll know more as it rolls out.

3. How to reach people who aren't checking their feeds.
Social media is more broadcast while messaging is more personal. Many people prefer messaging because there are no algorithms involved, nor are there ads. As messaging becomes more popular, the influence of social lessens, as does your ability to reach your fans who depend less on a social platform. But what would happen if you could broadcast to a group of fans over a messaging app? Whatsapp has already started something like this with a newsletter that is broadcast to a wide group of people, and Everlane for Facebook allows a broadcast over Messenger.

The upside of this is that it gives your fans another way to hear from you if you give them multiple options when subscribing. The downside is that it can definitely clutter up a service with unwanted messages.

Many of the social distribution companies are also trying to wrap their heads around this one, but the hope is (at least from me) that messaging stays private. Don't be surprised if ads start to pop up in places that you never expected though.

The IFPI (the organization that tracks global music sales) finally released its annual report on the sales for 2015. If you've been reading this blog for a while, none of the figures surprise you.

Here are the numbers right out of the report.

That's a lot of data to take in, but the big takeaways are that the total industry revenue remains flat at $15 billion, despite streaming's growth, and paid subscriptions are taking off, at 68 million worldwide as compared to 41 million the year before.

There's more than meets the eye here though, which I'll address in an upcoming post.

YouTube Has All The Leverage In New Label Negotiations

If you’re a record label, or an artist, band or publisher for that matter, the one thorn in your digital side is YouTube. Why? It’s by far the most widely used streaming service for consuming music, yet it pays the least of all the services. However, it’s come to light that YouTube’s licensing agreements with the three major labels have either expired or are about to, which brings new hope that renegotiated terms might mean increased revenue for the industry.

That hope may prove false though, since YouTube continues to hold all the leverage - in fact, it holds virtually all of it.

Until now, the major labels could drive a hard bargain with all other streaming services that not only gained them hefty upfront fees, but also even a piece of the company in some cases. If a music service didn’t like a label’s terms, it still had no choice but to take the deal, otherwise it would be minus the label’s catalog, which could mean a death blow to the service.

Since so much of the music on the service is illegally uploaded by its users, the company is able to dictate the license agreement terms, since if a label balks and refuses to agree to the deal, its music will still appear on the service.

In fact, Warner Music tried this very tactic a few years ago, but after a year of its songs still appearing on YouTube yet generating zero revenue, the company acquiesced and signed a deal on YouTube’s terms. Getting some money is better than no money at all.

All this is made possible thanks to the 1998 Digital Millennium Copyright Act (DMCA), which protects YouTube and other similar services in that they can’t be held liable as a result of unlicensed content that its users might upload. A record label can ask that the content be taken down, and YouTube will comply, but chances are that content will be re-uploaded immediately and the cycle will continue. Plus the burden of finding any unlicensed versions lies with the labels, all of which spend a great deal of time and resources searching for violations.

So YouTube is in the drivers seat in these negotiations. Even if the labels don’t like the deal presented, they have no recourse since their music will find its way onto the service, but the labels will get zero money if they pull their catalogs because they don’t like the terms.

Read more on Forbes.
Any purchases made through our Amazon links help support this blog at no cost to you (just click here).
Posted by Bobby Owsinski at 6:00 AM No comments:

Facebook Live is about to the "next big thing" on the platform, and it seems like it will be a boon for artists and bands wanting to engage with their fans on the service.

Since it's so new, you may not be sure of exactly what Live is and what it will do. Here are some facts about the service from the FB Live page.
Just like natively uploaded videos, Live videos will rank higher in news feeds and more of your followers will see it, so it's a very useful tool for engagement. 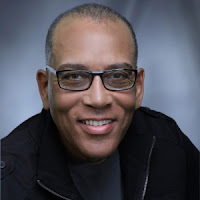 I'm really pleased to have music attorney John Kellogg on the podcast this week. John represented acts like Levert and the O'Jays before becoming assistant chair of the Music Business and Management at Berklee College of Music.

John knows the music business from an artist’s perspective as well, since prior to becoming an attorney, he was a singer in the funk band Cameo.

In the intro I'll take a look at Apple's swearing patent, and the 6 trouble frequencies that many mixers find perplexing.

The Beatles A Bigger Hit On Spotify Than Current Artists

After all these years, it's surprising how popular The Beatles music still is, and the band's presence on Spotify proves it. The Fab 4 have been on the streaming service for a mere 100 days, yet the it's been one of the most popular, even more so than current artists like Ed Sheeran, Ariana Grande and 5 Second of Summer.

The band has averaged 6.5 million listeners a month, with 67% of them being under the age of 35. All told it's been estimated that the several hundred million plays add up to more than 24 million hours of listening.

Surprisingly enough, Beatlemania is strongest in Mexico City, followed by London, Santiago, Chile and Los Angeles, and Thursday at 5PM is the peak time for listening. The top 4 countries that listen are the USA, UK, Mexico and Sweden.

The 4 most popular songs globally are "Here Comes The Sun," followed by "Come Together," "Let It Be," and "Yesterday," while the most popular albums are 1, Abbey Road, The White Album and Let It Be. The band's songs also now appear on 4.2 million playlists.

It's pretty amazing that the music from any single artist could be so enduring and popular.