10 Cities With The Best Music Crowds 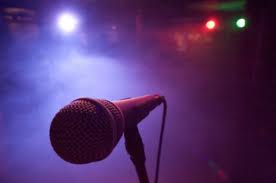 Songkick, the site that tracks live music, just released the ten best cities to listen to music, and perform it as well. This was based on the number of gigs available, audience sizes, and ticket prices. Based on these criteria, the cities were given a "Rock" score (the survey was more about rock music), with 100 being the best. There are a couple of surprises here.

Although great music towns, I never would've expected Madison, Milwaukee, Portland or the Twin Cities to appear this high.

If you're an unknown band, that doesn't mean people will come to hear you play in these cities. You still have to do all the grunt work to build your visibility and audience. But if you're getting some traction already, these are definitely places to visit on your next tour.

How A Good Drummer Video Could Be Improved

Here's another topic that I feel is important enough to deserve cross-posting with my Big Picture production blog. Below you'll see a video called "Dublin Grooves - Ricky O'Neill" from drummer Ricky O'Neill, who's playing in front of the landmarks of Dublin.

Ricky plays great and the video is very well made, so what's missing? Let's look at some basic search engine optimization that could've happened very easily which might've made a big difference in the number of views the video eventually gets.

1) There's no contact info anywhere on the video. At the very least, I would've put a screen at the end with a website, email address, Facebook and Twitter info, and another screen for the film maker. Both Ricky and the film maker potentially missed calls for gigs at most, and followers and friends at the least. This was the perfect marketing tool that never really became one and therefore missed a golden opportunity.

2) I never would've known Ricky was playing in front of Dublin landmarks had Ricky not told me via email. This video could've been a lot more interesting with a lower third or info key screen identifying each place, plus that info could've been used in both the description and keywords (see #4 and #5 below).

4) Take a look at the YouTube page for the video. The description of the video gives you some basic information, but reads more like the back of a DVD rather than a description of what the video is about. A 200 word description (at least) with the phrases "Ricky O'Neill" and "drum grooves" sprinkled in 4 or 5 times (about 2 percent) would've been more search engine friendly.

5) Take a look at the tags. There are too many to begin with, and they're not focused enough. The ones that could've been used are "Ricky O'Niell," "Dublin Drum Grooves" (if the titled were changed), "Curtis Morris" (the film maker), "street drums" (after a quick search with the Google Keyword Tool), and maybe "Irish drummer." Having tags like "jojo" and "excellent" and "drum kit" are a waste of time since they're not descriptive or granular enough to make a difference in search ranking.

Don't get me wrong, I really like this video. It's really well made and Ricky's playing is solid enough that I'm sure he'd get calls for gigs - if someone knew how to find him. Like I said before - opportunity lost.

Warner Music Group's quarterly SEC filing today is symptomatic of a number of trends in the music business, and not surprisingly, most of them aren't good. Here are a few lowlights.


Can't wait for the next quarter. Some big things are going to happen in the business, if this earnings report is any indication.
-----------------------------------
Follow me on Twitter for daily news and updates on production and the music business.
Check out my Big Picture blog for discussion on common music, engineering and production tips and tricks.
Posted by Bobby Owsinski at 9:21 PM 2 comments: Links to this post

What The Beatles On iTunes Means For EMI 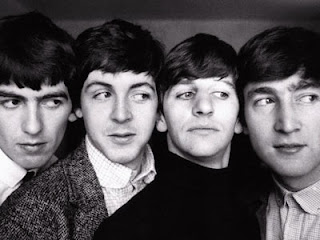 I received a couple of emails today regarding how The Beatles music finally being offered for sale on iTunes will affect the future of EMI, the major record label currently under siege, so I thought I'd expand on my response that I personally made to them.

First of all, despite what everyone may think, EMI did not go bankrupt. The company was purchased by the private equity firm Terra Firma with money borrowed from CitiBank, which Terra Firma could not pay back. Instead of trying to renegotiate the deal, Terra Firma sued Citi, claiming that the bank tricked them into paying too much for the label (what a wacky premise), but lost the case last week. Now Citi wants to liquidate EMI to get its money back, which may begin to happen soon.

A popular misconception is that EMI kept The Beatles off of iTunes, but that wasn't the case at all. In fact, it was the remaining Beatles and their company Apple Corps (not to be confused with Apple, the computer and iTunes company) that said no for so long. Even though EMI owns the master recordings, the band has veto power over new uses of the masters. Although it's been thought that the band and Apple Corps were too old-school anti-technology in their thinking, the real reason has been speculated that the band was unhappy with the terms demanded by Terra Firma, which if true confirms that this was a company that had no reason being in the music business in the first place. Of course, another reason to hold out this long is that all parties make more money on CDs, but that market's been saturated for some time now.

So what does the new deal with iTunes mean for the future of EMI? In the short term, this will help EMI greatly thanks to a quick infusion of cash, but will probably not change the ultimate future of the company too much. In fact, it might even hurt it a bit, since a prospective buyer no longer has the upside of the initial iTunes offering to look forward to (although they can look forward to the possible release of Bob Seger, who is still holding out on digital downloads).

Regardless, soon enough EMI will be purchased for pennies on the dollar and most likely disappear into history. The next legal battle will be over what happens to the master recordings of The Beatles, Pink Floyd, Bob Seger, Queen and other major artists if the label is sold, since it's thought that many of those masters will revert back to the artists if that should happen, thereby bringing the price down even further.

The End Of The CD?

No matter where you look you see the same dismal numbers - sales of CDs are down 50% since 2000, and down 15% just this year alone. "The CD is over." "The CD is dead." "Nobody buys CDs anymore." The writing is on the wall; at some point in time, the sales of CDs will be right down there in the depths of inconsequential sales with cassette tapes.

And one of the reasons why they're still selling is that some sanity has finally come into the market. With the price now between $6 to slightly less than $10, people don't feel ripped off if they buy something with only a few good songs anymore.

Yes, album sales are declining, but that goes for digital downloads as well. If people aren't buying an album, it's more a factor of the music than the price these days.

So don't fear the CD. Make it a part of your sales arsenal, but don't buy a couple of thousand and have to worry about the up-front costs and inventory. Use a service like Kunaki and buy just what you need.

Don't forget, it's still easier to get a magazine or blog review with a CD than a digital download.

Email ThisBlogThis!Share to TwitterShare to FacebookShare to Pinterest
Labels: cd's not dead, kunaki

A new search engine called "Blekko" has arrived and it has a chance to be something that not even Google can be. What makes Blekko different is it's use of a "slash" to create a specialty search for a topic. In other words, if I want to find out about Snew the band, I can zero in on just that by typing "snew/band" instead of "snew band."

Basically what the "slashtag" does is focus the search. In the case of "Snew band," a lot of irrelevant results pop up from "what's new" to results about bands that have nothing to do with Snew. If I plug in "snew/band," a whole new set of results pops up that are specifically related to Snew the band.

There are other ways to use the slashtag as well.

Of course, you can do all of this with Google as well, but it's a lot more difficult.

Below is a screen shot of a search for "honey/bees" with Blekko on the left and the results from Google on the right. You can see how much more specific the Blekko search is. Here's a great article that describes Blekko and it's other operations in detail. Give it a try. I think you'll like it. In a future post, we'll talk about music implications.