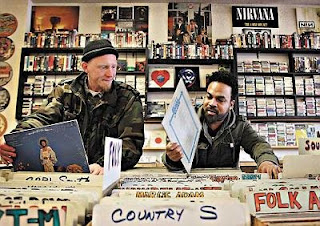 Here's a twist in music sales that I think everyone saw coming, but didn't want to admit could ever happen. For the first time since Nielsen Soundscan has been keeping track of sales since 1991, older catalog records are outselling current albums. A catalog album is one that was released more than 18 months ago.

Catalog sales were at 76.6 million for the first half of the year, compared to 73.9 million current albums. The top selling catalog items include Guns 'n Roses Greatest Hits, and four by Whitney Houston (no doubt boosted by her untimely death).

There seems to be a couple of reasons for the turnaround:

1) There hasn't been a blockbuster hit by a superstar act during the period (although Adele's 21 still continues to be strong seller, though it was released last year).

All this signals an uptick in business for brick and mortar retailers, which is good for the industry. Let's see if this trend continues until the end of the year.

8 Tips On Formatting Your Sponsorship Proposal 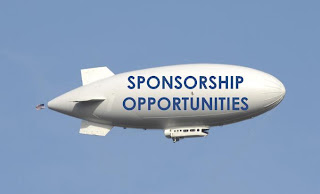 Simon Tam, the owner of Last Stop Booking and author of How To Get Sponsorships and Endorsements recently posted some tips on how to get sponsorships on Music Think Tank. Below you'll find his 8 tips on how to format your proposal.

1. Cover: Make it distinctive. You might consider adding something like “2012 Sponsorship Proposal Prepared Especially For [the company]” with their logo on it. Give them plenty of opportunities to visualize working with you.


2. The Call Out (optional): The second page can be for a large dramatic image/photo or some of the major “bragging rights” stats. Artists can typically use this page as the “one sheet” – a one page descriptor of who you are, major stats or accomplishments, or press excerpts/testimonials from other sponsors.

3. The Partnership: This is where you want to focus on the main benefits for working with your organization. What are the main ways you and the sponsor are a good fit?

4. The Fact Sheet: The nitty-gritty details of your event, tour, or organization that they are sponsoring. Cover all of the major who/what/when/where/why questions, such as as “What is the event?,” “Where does the event take place?,” “Who is involved?,” “Why should I be sponsoring this event,” etc.

5. Key Marketing Information: This is where your research into your industry pays off. You’ll want to talk about your niche market, the demographics of your audience (and who you are targeting), how you will be messaging your brand/event along with their company, and talk about successes with past sponsorship campaigns.

6. Co-Branded Marketing Opportunities: You’ll want to send 3-6 custom, creative pitches to the company that allows for them to visualize working with you. This should play directly off of your niche market/their target audience. The more custom the idea, the higher the asking price that you can fetch. It also helps you stand out from other sponsorship opportunities that only offer logo placement. Marketing folks love creative ways to showcase their brand, especially to an interested audience who they might never be able to reach in any other way. If there is also a “viral” component to one of the ideas, that’s even better.

7. The Benefit List: List all of the benefits that the company gets from sponsoring you. Put your emphasis on the more custom, creative options and less on the generic commodities that typical sponsorship packages offer (such as logo placement). This is your formal offer so make it as clear as possible on what they can be expecting in return from their sponsorship dollars or in-kind gifts. If you’ll accept a payment schedule, include that as well.

8. The Sponsorship Agreement: The sponsorship agreement should be easy to complete and return. Details such as a self-addressed and stamped envelope are good. Add an extra bit of professionalism by having this portion printed on NCR (carbonless copy) paper where they can tear off a copy for themselves and send one to you. You can also do things such as adding a QR code or link to a digital version of the agreement. 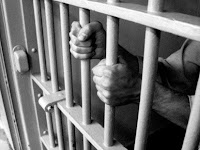 We all think of Apple as this monolithic company with high and enclosed electronic walls, far too smart for anyone to scam. Usually that's true, but every once in a while it happens, most recently with the UK iTunes store.

According a story in the The Telegraph, DJ Denver White, an unknown part-time rapper, was sudden selling on the level of a superstar like Madonna, yet without any buzz or visibility. While it's possible for someone to get a street buzz that quickly cascades into major sales, anything resembling that was nowhere to be found, which prompted an investigation.

It turned out to be a very sophisticated scam where gang members with at least 24 laptops along with thousands of stolen credit cards, purchased the music of DJ Denver from both iTunes and Amazon for six months in early 2009, which accrued royalties of nearly $1 million.

What's worse, Denver's songs were uploaded through digital aggregators Tunecore, CD Baby and SongCast, who were unknowingly caught in the operation as well.

The gang members installed a program on the computers called "Hide My IP" which was intended to disguise their location. They then used the stolen credit cards to purchase the music, which then generated a royalty for DJ Denver, which the group then divided.

The fraud was detected when someone at iTunes noticed that a part-time DJ with no marketing or record label affiliation was selling enough to be featured on the high volume sales chart. After some forensic investigation, the police were able to track them through email and Paypal accounts, since the "Hide My IP" software couldn't hide their identity as much as the crooks had hoped.

At that point iTunes stopped paying royalties, so someone named Daniel Thompson began to call Tunecore demanding payment of the outstanding royalties. Tunecore was already in touch with police, so they told Thompson they could only pay that large amount in person for tax reasons, and offered to send him a free airline ticket to come to New York to pick up the royalty check. After Thomspon sent them his address in order to have the tickets sent to his home, the police swooped in. In total, 11 gang members were charged in the crime.

So let that be a lesson. Don't even think about screwing Apple. 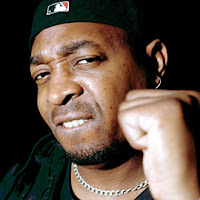 Chuck D has been one of the most influential rappers ever, acting as a spokesperson for the state of the urban black man through his powerful lyrics in Public Enemy. In a series of tweets, Chuck lays out his tips for music industry survival. These apply to everyone trying to make it in the business.


Rule #1: Don't let other people's money distort your goals. Their shit has nothing to do with you. Be thankful and work with what you got.

Rule #2: Don't spend more than you make.What you don't know you'll have to partner up or pay for. What you save is what you make.

Rule #3: Celebrity and artists are two different things. You can be a celeb, but that's like winning the lottery. Make yourself valuable to something.

Rule #4: It's easy to make recordings now but learn how to perform your art very well. So well that when people see you they undeniably have no words.

Rule #5: Always top yourself. Put the AWE in audience. If the crowd feels they can do better than you, why would they take the time and money to be bothered?

Sadly, Public Enemy seems to have fallen out of fashion these days, as boasting about how great you are seems to top social commentary. Still, Chuck's words about the music business are wise and worth taking heed.

Since every artist is an online marketer at heart these days, there's a great awareness in the importance of keywords when it comes to websites, videos and social media. The better your keywords, the more likely people will find you. That's why doing research before settling on a set of keywords is your primary weapon when outlining your online strategy.

While most people usually use Google's Keyword Tool (here are some tips), here are 3 additional tools that you can try. Best of all, they're all either totally or partly free.

KeywordEye.co.uk
While KeywordEye comes from a UK developer and as a result uses British defaults, it doesn't take much to make it more US oriented. In fact, it can give you keywords for several countries and languages if that's needed.

One of the coolest things is that it offers a cloud visualization of the most used keywords (see the graphic on the left). Keep in mind that the free version limits you to 100 keyword searches, which is normally plenty for most music campaigns.

Keyword Spy
Keyword Spy approaches keyword search a little differently than most, allowing you to search a domain for keywords. That means you can look at a competitor's site to easily determine what they're using. There's an "Ads" page that shows you some information about the adverts used on a site, and a "Top List" page provides a list of the most successful keywords.

SEMRush
This tool is really a paid tool that has a useful free option that has the unique ability to provide a metric for the number of Google results. This shows you how big the field or the competition is, as well as a useful section on related keywords.

If you're really serious about keywords and don't mind spending some money, paid services like SpyFu, Wordtracker, Adgooroo, Complete.com, and KeywordDiscovery are all viable options as well.

Check out my Big Picture blog for discussion on common music, engineering and production tips and tricks.
Posted by Bobby Owsinski at 9:30 PM 7 comments: Links to this post