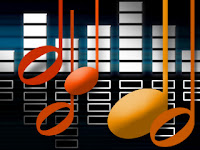 There's no doubt that we're headed for a battle that will be nearly as epic as any in past music business history. As the world slowly but surely shifts from a download "ownership" model to a rental "access" model, the parameters that we know today regarding the online and offline music business will be redrawn. It may happen incredibly fast, or it could happen so slowly that you hardly notice it, and that's what makes how the whole thing plays out so interesting.

Let's take the big premise first, that subscription will solve the music industry's problems and restore the revenues to what they once where. The dream all along of record label execs and insiders is to have 50 million US subscribers each pay $10 a month, which would give the listeners access to all the music they can listen to. That would generate around $6 billion a year, which is okay when you compare that the total US industry revenue in 2012 was $5.35 billion. What is usually forgotten is that the entire $10 isn't going to the record labels, it's going to be split with the service provider and the publisher. I'm not sure what the split would end up being between them, but if you put it at 50%, you get $3 billion. That could end up just offsetting the decline in download and CD sales, and basically it a wash. I don't see how that restores the industry to its former glory even if it does increase a little.

The labels are smart when it comes to subscription though, and they don't want to get caught in the Apple trap again where there's one big dog distributor that controls the supply chain. That's why they're eager to make deals with any number of potential or real competitors, like Google Play, the new Beats offering, Amazon, whomever. One thing's for sure, there's going to be a lot of alternatives for listeners to choose from in the future.

And what does that mean for Apple? There's a big change a-comin', because don't forget that Apple's fortunes aren't so much tied to the software that is iTunes as much as it's a vehicle for people to buy their hardware. Thanks to the reality of music streaming, there won't be a need for any new and improved dedicated hardware like the iPod soon, thank you very much. That means they need a new plan going forward if they want to control the music world as they have.

Amazon is a little different. Their model has never been tied to hardware, although the Kindle was used to kick start the ebook market for them. That said, they don't really care what hardware you use, as long as you buy from them. That means they're a lot less vulnerable to any forthcoming change. They also have the infrastructure in place to implement a subscription service in a flash.

Google may be caught in the middle here. They want to do some big subscription things with a combination of YouTube and Google Play and can easily roll that out. The problem is that they're not good at charging end users for their services. YouTube is a huge music discovery engine, but primarily because it's free. Try charging people and watch what happens.

That leaves Spotify, Deezer, Rhapsody, Rdio, et al. Some of these will fall by the wayside, some will stick around, but most likely none will grab a larger market share than the biggies mentioned above.

So what's the answer? If I had to guess I'd say the winner will be the best bundler. When you buy a device you get the service thrown in (or least for a period of time). That would put Apple on top, but don't discout Google (who owns Motorola) or Samsung, Google or even Beats. The phone is the center of everyone's lives right now and he who owns mobile owns the music business.

All we know for sure is that two years from now the industry could look completely different. And I can't wait for that day.

I hope one of these subscription models has a local artist feature. A station that only plays local artist based on your location. This info could be included in the metadata. That would be a cool feature, to hear a local artist, read their bio and have a list of upcoming local gigs all while listing to the music. I could totally see the commercial. Band records song in garage> New fan hears it on their phone> Group of friends goes to show and repeat> 6 months later band is Tonight show> another band gets inspired and does the same thing. THE CIRCLE OF MUSIC