How About $10 For a Copyright Violation? 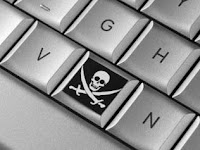 When the RIAA chose to hammer illegal downloaders with lawsuits, much of the world yawned instead of quivered in fright. Wave after wave of bad publicity over a technique that clearly failed to stem the piracy tide finally caused the music industry to rethink the best way to stem the illegal file tide. And the solution? Be reasonable.

Many content owners are now using a small LA-based firm called Digital Rights Corp to monitor file-sharing sites, then contact the alleged copyright infringers with an offer - pay a mere $10 to settle up each infringement and we'll call it even. Refuse to pay and you may be liable for up to $150,000 because of copyright violations and be at risk of having your Internet service cut off.

This is what the letter states:


“If you click on the link below and login to the Rightscorp, Inc. automated settlement system, for $10 per infringement, you will receive a legal release from the copyright owner.”

The link directs the email recipient to a page where they are will get a settlement letter in exchange for $10.

Now don't forget, this isn't just a straight amount of $10; it's 10 bucks per infraction. That means that if you've illegally downloaded 250 songs, it'll cost you $2,500. That's still cheaper than facing an RIAA lawsuit, where that amount probably won't even cover the retainer for a good attorney.

But the real carrot on the stick is loss of Internet privileges, something that most people today can't live without. This is made possible by a portion of the Digital Millinium Copyright Act that requires an ISP to terminate a repeat copyright offender if notified. While we haven't seen this happen much so far, this may become a big part of the RIAA's playbook in the future, although many consumer advocates say that they'll fight such action. Ultimately, the Supreme Court might eventually be asked to resolve the issue.

Either way, it looks like we're moving into a new age in the fight against digital piracy. At least the tactics are more reasonable for a change.

You can read more on the subject in this article in paidcontent.org.