7 Steps To A Great Performance Video 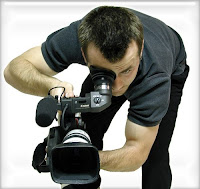 "1. Check The Venue Lighting
You can’t shoot it if you can’t see it, so make sure that you have enough lighting so no one is in the dark. Many bands and artists rely on the venue for their lighting, which may be adequate but still has to be adjusted for your needs.
2. Don’t Over-light
One thing that cameramen who are not used to shooting music will do is over-light by having too much of the venue lighting turned on all the time. This is definitely not rock n’ roll and should be avoided at all costs. It’ll make you look flat and uninteresting, and will actually take away from your show instead of adding to it. Before hiring the cameraman, tell him that he has to deal with the stage lighting as is and will only be allowed to embellish it slightly if there’s a dark spot on the stage that can’t be fixed any other way.

3. B-Roll Is So Important
As you’ve seen many times in this book already, B-roll is cutaway shots that are used to cover up an edit of an interview, audio narration, or a picture edit that might jump or look funny. A close up of a guitar pick, pictures on the wall, an empty stage or a stage with just your gear on it, a close up of the kick drum head with the band name on it, a pan across an amp head, hands on a keyboard - these are all examples of B-roll. You can never have enough B-roll so shoot everything you can think of. In the hands of a good editor it will all be used somewhere.

An establishing shot would be something like a marquis with the band’s name on it outside the venue, the venue exterior and sign, a flyer or newspaper advertisement with your name in it - anything to establish the time and place of the event. What if you don’t want anyone to know the time or place of the event because you want people to think you’re playing in a larger or different venue? That’s OK, shoot it anyway. It might come in handy somewhere down the road like as B-roll on another video, and is invaluable when it comes to reminiscing.

5. Shoot More Than One Take
More than one take allows you to shoot multiple camera angles if you only have one camera, and if you have multiple cameras then it allows the cameramen another chance to get that perfect shot. If your edit is good she can cut between several uneven takes to make one good one. Of course, this doesn’t apply if you’re shooting a show.

6. Shoot A Lot More Than You Need
The more you shoot, the more good footage you’ll have to choose from and the more easily you’ll be able to cover up a funky audio or video edit.

7. Take Care With The Audio
You can have a great video that shows each band member exactly how you envision, but if the audio is crappy, so is the picture. That’s why it’s important to pay as much attention to getting the best, cleanest audio signal that you can. Go back to chapter 4 (the audio chapter) and follow the tips provided. If the sound is bad then the picture always seems worse than it really is."

You can read additional excerpts on this and all my books at bobbyowsinski.com.

Check out my Big Picture blog for daily discussion of music, recording, and production tips and tricks.
Posted by Bobby Owsinski at 9:30 PM