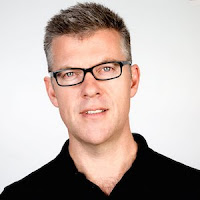 As those of you who are songwriters or copyright holders know, you make money when people use your songs, especially on television, films or commercials. It's not easy to get placement though, but it's getting easier thanks to Songtradr, a marketplace that matches songs and cues to people and brands who are looking for them.

Paul Wiltshire's the founder and CEO of Songtradr and he's my guest on this week's podcast. Prior to coming up with the idea, Paul was an award-winning songwriter and producer in Australia, and he's also had some big successes in the US with the likes of the Backstreet Boys, so he knows what it's like to be on the creative end of things.

In the intro I'll take a look at a part of Prince's legacy that not many see, his business acumen that changed the music industry in many ways. I'll also give you a report on the backlash by record retailers at what was once their biggest day of the year - Record Store Day.

Any purchases made through our Amazon links help support this blog at no cost to you (just click here).
Posted by Bobby Owsinski at 11:00 AM