Deezer And Bose Agree To Help Each Other 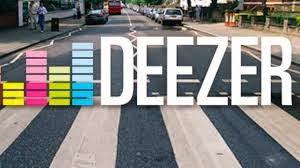 In what looks to be a mutually beneficial arrangement, digital music service Deezer and audio products company Bose have agreed to partner, with Deezer’s Premium Plus product now available on all Bose Soundtouch and Soundlink products. As a result of the deal, Bose customers will receive the Deezer service for $4.99 a month with a 30 day free trial for one year rather than the standard $9.99 per month.

Talk about a synergistic arrangement, this one seems to be made in heaven for both companies. Deezer is now in the middle of a major push to launch into new countries worldwide, especially the US, and could take advantage of the Bose current market penetration. The Bose brand, on the other hand, is known for catering toward the higher end audio consumer who’s not quite an audiophile, but more discriminating than the average user. Deezer’s service touts higher quality streaming audio than most services, and its upscale Deezer Elite tier even promises a CD quality stream, the perfect feature to show off Bose products.


If you take notice, Bose is everywhere these days. The company made a deal with the National Football League for headsets and now every television sideline shot features at least one coach wearing gear with a Bose logo. In fact, the deal is so strong that the NFL recently barred players from appearing on camera while wearing the competition, and even fined San Francisco 49er quarterback Colin Kaepernick $10,000 for doing so at an after-game news conference. Beats by Dr. Dre (and now owned by Apple) headphones may be preferred by the players, but that company will no longer be getting free advertising at the hands of the NFL.


Bose Professional has also cranked up the volume as it has recently made a big push into installed sound. Once an also-ran in the sector compared to companies like JBL, the sound systems division has recently introduced a line of modular speakers and amplifiers designed for large venues and houses of worship. And don’t forget Bose noise-canceling headphones, which are the standard by which all others are measured. It’s rare not to see at least a few pair on just about any airline flight you take, despite their high price. Read more on Forbes.
----------------------------------
Help support this blog. Any purchases made through our Amazon links help support this website with no cost to you.

Posted by Bobby Owsinski at 9:00 PM