Audio As The New QR Code 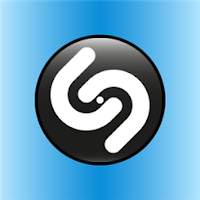 I always thought that the QR code was a rather inelegant clunky idea. The concept behind it was fine, but the execution leaves much to be desired. After all, who wants this ugly black and white splotch on your fine artwork. It takes up a lot of space and adds nothing unless someone happens to go through the motions of decoding it and following the link.

But the idea of an analog link to the digital world is sound, and more and more companies are looking at doing something similar in a different way.

Now comes word that Shazam, the fourth most popular iOS app of all time, plans to let views tag the audio coming from their TVs during the February 3rd Super Bowl broadcast this year. This will let users enjoy somewhat of a "second screen" experience as they watch the game with their smartphones and tablets. In fact, brands plan on giving away plan on giving away over a million items to people who tag the audio during the game.

Among the companies that are participating are Interscope (label home of half-time artist Beyonce), Toyota, Best Buy, Cars.com, Pepsi, Teleflora, Bud Light, Bridgestone, GE, Disney and game company Relativity. Plus, second-screeners will be able to keep up with game stats and polls as the game progresses.

With this type of buy-in for the biggest broadcast of the year, it looks like audio tagging (sometimes called "fingerprinting") is here to stay.