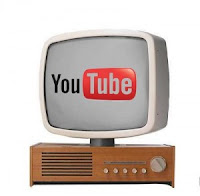 Since the beginning of music on the Internet, people have been trying to game the system. Fake likes and views have been plaguing everyone from record labels to publicists to the media when trying to get a true gauge on exactly what kind of traffic an artist has. New artists want to crank up the Likes and views to get label interest and make fans think they're more widely appealing than they are. But record labels do the same thing, it turns out.

Recently YouTube slashed the accounts of Universal Music Group, Sony and RCA Records by more than 2 billion views in a move that was aimed at shutting down the illicit view count-building techniques used to manipulate some sites.

Universal took the biggest hit when more than a billion views were eliminated, while Sony lost 850 million. RCA dropped a mere 159 million. It appears that the labels have responded by eliminating most of the videos from their YouTube channels, as Universal now has only 5 videos on their channel and Sony has none. Of course they favor their own Vivo service anyway so they didn't lose their entire video exposure.

So who were the artists that suffered? The personal channels of Michael Jackson, Chris Brown, Beyonce and Avril Lavigne, as well as 500 other prominent channels were stripped of views in the last 30 days.

The next time you look at a video and it has millions of views, you may want to question how many of those are legit.