Apple Music Now Available For Android, But Will Anyone Care? 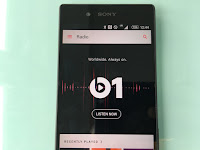 Apple is finally letting the other half of the world in on Apple Music. A few days ago the company announced that the streaming service is now available to Android smartphone users. This now puts the service within reach of about 52 percent of the market  (that's about 1.2 billion users, according to Google) that couldn’t previously experience the streaming music app when it was relegated only to the iOS platform. The real question is, how many of those Android users are really interested in trying Apple Music?

Actually Apple Music Android can still be considered in beta, with two of its features, the family membership plan and Apple Connect videos, currently not available. Other than that, the app is same as what’s found in the iOS version. It’s currently available in over 100 countries, except for China, where the largest group of Android users happen to live.

A Look Inside The Numbers
On the surface, this looks to be a good move for increasing user numbers for the streaming service. Apple Music currently has 6.5 million paying subscribers a little more than 4 months after its launch. That’s good enough for second place behind Spotify’s 20 million paying customers, and that’s with being available to less than half of the available audience.

That said, the 6.5 million number may be deceiving, since many of those may have forgotten to turn off their subscriptions at the end of the three month trial period. This means that we won’t know the true number of iOS subscribers for some time yet.

The user number still may not get a huge bounce even with the release of the Android version though, since the new version won’t have the marketing momentum of the original launch. This may result in far fewer opt-ins to the 90 day trial period than might have otherwise been possible with a day and date launch on both platforms. Read more on Forbes.

Any purchases made through our Amazon links help support this blog at no cost to you (just click here).
Posted by Bobby Owsinski at 5:00 AM