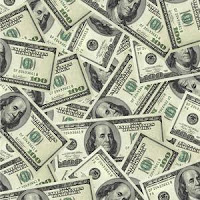 A few weeks ago, Billboard magazine reported on the dismal returns that artists were making from digital royalties, and we even followed up with a post about it here. Now SoundExchange, whom we've also talked about a couple of days ago, has responded with some numbers that they claim are reality, and they're quite a bit different from what was previously reported.

Here are the numbers:

The amounts are only for royalties paid on recordings played on non-interactive digital streams in the US (Internet radio and satellite) and don't include publishing.
As I said the other day, there may be some money waiting for you, but you've got to register to get it. Do it at SoundExchange.com.
SoundExchange is currently at SXSW attempting to match an estimated $1 million in royalties to performing artists that are not yet registered.
Posted by Bobby Owsinski at 8:46 PM

I registered and was pleased to find my band and music from another local band who's demo I helped finance. I was even more shocked to find the listing was for bootlegs from 2006 and 2003 respectively. Somehow I feel there's an interesting irony that is beyond my grasp before the first cup of coffee.

That is so cool. At least you can get something out the pirates.